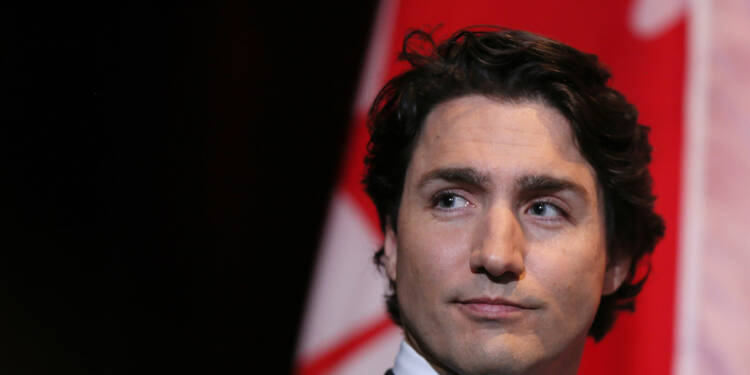 The Trudeau government is definitely not running short of ideas to target those who oppose him.

Trudeau has found a method to silence his opposition, whether it is by suppressing alternative media, restricting protesters demanding their freedom, or implementing unfriendly policies.

Another way by which he achieves his aim, is through funding and empowering the organisations that would further his agenda.

He has targeted conservatives, white nationalists, and white moderates, but who would have thought that his next target would be women?

According to the site genderdissent.com, in an effort to suppress unpopular opinion, the Canadian government has been funding the Canadian Anti-Hate Network (CAHN), an organization that claims to be responsible for monitoring “far-right hate groups” in Canada, including neo-Nazis. The organization has other targets too, including anyone critical of gender identity ideology, be it feminists, women’s rights groups, or those who seek to prevent the medical harm brought on by childhood gender transformation.

The network was founded in Toronto in 2018. According to CBC, it was formed by a group of more than 15 academics, journalists, legal experts, and community leaders with the intention of “keeping an eye on the Canadian far right.”

Since its inception, the network has received significant support from Canadian institutions, including the Canadian Union of Public Employees (CUPE), the country’s largest union.

However, in 2020, CAHN formally forged relations with the Canadian government. Subsequently, it received federal funding worth $268,400 for its “Containing and Countering Canadian Hate Groups” project, which has a stated aim of “increasing the monitoring of extreme-right groups, reporting on their activities, and filing complaints with law enforcement.”

It is pertinent to mention, that the far-right groups in the government’s dictionary mean anyone closely related to right-wing ideology or conservatism.

This is evident, as after obtaining all of this funding, CAHN made wise use of its resources by publishing a series of articles against Canadian “TERFs.”

Who are they? Well, the term “TERF,” which stands for “trans-exclusionary radical feminists,” is used to deride any woman who expresses doubt, concern, or even the tiniest hint of hesitance about gender identity ideology.

The articles published by the organization have themselves used inflammatory language and factual inaccuracies. Well, that’s how you counter “hate,” right?

You see, in the articles, even sex-based rights have been questioned.

In one of the articles titled, “The ‘Gender Critical’ Group Building a Cross-Country Anti-Trans Coalition”, the Canadian Women’s Sex-Based Rights have been targeted.

‘caWsbar (Canadian Women’s Sex-Based Rights) – is a cross-Canada, non-partisan coalition of women and male allies working together to preserve the rights and protections of women and girls, as enshrined in the Canadian Charter of Rights and Freedoms (Section 15).

They are against Bill C-16 which became a law in 2017. The bill seeks to add the grounds of gender identity and gender expression to broaden the recognition of rights of other members of sexual minority groups.

However, the bill does not precisely define what “gender identity or expression” implies, instead relying on a vague concept of “internal sense” of oneself. A male could merely declare himself to be a woman (gender self-identification) and demand he be given all of the fought-for rights and protections women have attained over the years.  This includes the right to access female-only spaces, services, and resources.

I mean, this is not even a feminist issue, since it should be obvious that female-exclusive spaces are intended for females only!

The network targeted Raine McLeod, founder of Alberta Radical Feminists, in another article titled “‘The Hill I Am Prepared to Die On’: The Fight Against Trans Women in Alberta,” and claimed that the group was founded in response to a perceived threat to the rights and privacy of “biological” women. CAHN seems to believe that either there is no such thing as biological women or that women shouldn’t speak about their rights and privacy—or both.

Even medical professionals are not exempted, as they are raising concerns regarding the rapid rise of young children receiving gender treatment in the country.

Regardless of his legitimate concerns about kids being rushed down the medical transition pathway, CAHN ran another hit piece on Elston on October 27, 2021: “A Paramedic Is Protesting Against Trans Kids.

Remember, this is a network that the federal government funds. Though supposed to counter hate, CAHN is defaming anyone whose only crime is a difference of opinion. This isn’t a crackdown on hatred, but on democracy itself! This network’s sole purpose appears to be an advancement of Trudeau’s liberal agenda and portray anyone who disagrees with him as a “far-right extremist.” And he is gratifying his whims and fancies by living off Canadian taxpayers’ dollars.  Without doubt, Canadians, Trudeau is making a massive joke with your hard-earned money.

With their evil eyes set on Gold, the West has activated its sleeper cells in Sudan