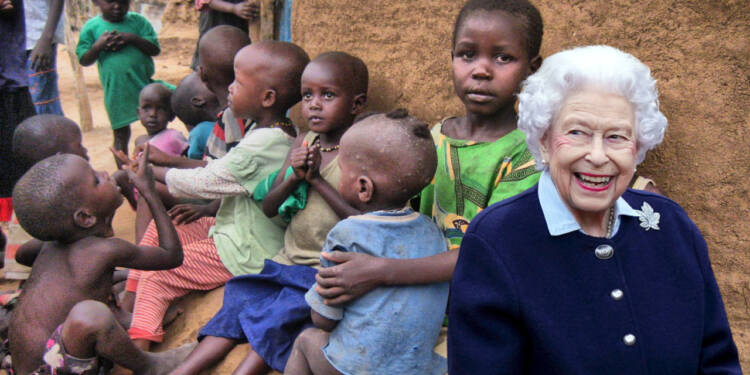 Queen Elizabeth II, who ruled the UK for 70 years, passed away at Balmoral at the age of 96. The world is responding to the passing of Queen Elizabeth II, including from the continent of Africa. The Queen had close contact with the African continent and was a key witness to the fall of the empire and the process of decolonization.

Of the 56 member countries making up the Commonwealth, 20 are in Africa. On a continent where Britain formerly controlled more than half the territory, there have been conflicting opinions about the monarch and her country’s colonial past among several African states.

The brutal process of reign and decolonization of these African nations is the main cause of the unfavourable sentiment among them.

Let’s shed some light on the British occupation of a couple of these African countries in the past, and then the painful decolonization process that occurred under Queen Elizabeth 2.

At the late 19th century, while they were attempting to seize control of the sources of the Nile in Lake Victoria, in what is now Uganda, the British invaded Kenya an east African nation. They desired to prevent any future European Empire from endangering “British interests” in the Middle East.

To serve the garrison at Lake Victoria, they constructed a railway across what is now Kenya, which was known as the East Africa Protectorate at the time.

The colony was only built after the native populations were brutally suppressed.

The Kikuyu tribe developed animosity toward European settlement and their lack of political representation in the early 1950s. The attacks against government-loyal Kikuyu in the second half of 1952 by the outlawed secret society, Mau Mau, were the first to demonstrate this. Strongly militaristic in approach, Mau Mau launched a campaign against European settlers in their remote fields and employed covert ceremonies to impose allegiance among its members.

In 1952, a young Elizabeth was on an official visit of Kenya when she found out she would become queen and that her father had passed away. Just a few months after the queen succeeded to the throne, there was a crackdown on Kenyans. Tens of thousands of individuals were tortured, raped, castrated, and killed as a result of it, and a massive network of prison facilities was established. British military operations-basically came to an end in November 1955, despite the fact that the designated state of emergency was to last until 1960. At this point, almost 10,000 casualties and thousands of Mau Mau members had been imprisoned.

Such inflictions on the Kenyan indigenous people have led to resentment with the then British Monarch,  Queen Elizabeth 2.

Similar sentiments were echoed by a South African political party, Economic Freedom Fighters, which said in a statement that it would not mourn the queen, “because to us her death is a reminder of a very tragic period in this country and Africa’s history.”

The queen, they wrote, was the “head of an institution built up, sustained and living off a brutal legacy of dehumanization of millions of people across the world.”

They won’t mourn the queen’s death

Nevertheless, the reign in South Africa and decolonization process under Queen Elizabeth 2 was no less painful. There were again brutal mass killings, and suppression of the civil movements by the British authorities. South Africa’s Marxist opposition party, the Economic Freedom Fighters, said: “We do not mourn the death of Elizabeth”.

“Our interaction with Britain has been one of pain, … death and dispossession, and of the dehumanisation of the African people,” it said, listing atrocities committed by British forces in the late 19th and early 20th centuries.

The lives of those already residing at the Cape were altered by the British arrival. British authority of the Cape was initially intended to safeguard the trade route to the East, but the British soon realised that the Cape could be developed to suit their own requirements.

The Slavery and Forced Labor Model was introduced with colonialism, which got its start in South Africa in 1652. African communities could not avoid change as the number of transported slaves increased, and 400 years of slave trading had an impact. Of course, not all African societies were equally impacted, but severely affected nations included Senegal and Angola.

The demographic, economic, and political effects of the transatlantic slave trade were the most significant. There is no question that the Atlantic slave trade significantly slowed down the demographic development of Africa, which had long-lasting effects on the history of the continent. African population growth was, at best, slow. Whole societies fell apart as a result of the export of the most productive men and women. A new political order was also forged as a result of the slave trade. Large centralised nations occasionally developed as a result of individuals seeking protection from the brutality and war that came with the slave trade.

However, there is currently a growing call for independence and accountability due to previous crimes committed by Britain, such slavery.

Fifty five years after gaining its independence from Britain, Barbados deposed the Queen as its head of state in November 2021, and other Caribbean nations like Jamaica have said they aim to do the same.

Though the world might be mourning over the death of the queen but for surely these African nations see the event as a time of celebration.