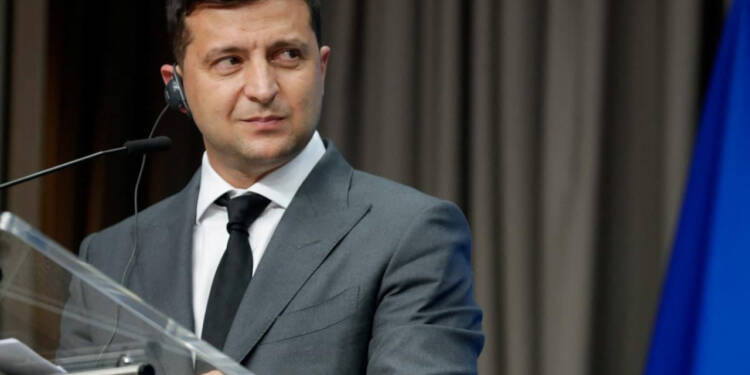 There is no doubt that the CIA has been one of the most efficient intelligence agencies in the world. The organization claims to have been working to collect and analyze intelligence to further national security and preempt threats.

However, the agency seems to be focusing more on the domestic affairs of other nations and making efforts to influence their local politics.

Zelensky reportedly runs an organization known as Mirotvorets, which is a state-run unit under Ukraine’s Security Service that produces a list of people and organizations deemed to be “Enemies Of Ukraine.”

Mirotvorets is essentially a list that is made public and targets anti-Zelensky voices. The names of those on the list are declared to be those of the regime’s enemies, and an unofficial death warrant is issued for them.

A government-backed organization like Mirotvorets that produces a list of people whom they proclaim “Anti-Ukrainians” should not be a part of a healthy democracy, as it motivates illegal groups to promote violence without the need for legal action, something we are sure that Mr Zelensky would like.

And well, news of the organization’s having ties with the CIA has now come to light. The Ukrainian Myrotvorets website lists “Langley, VA, USA” as a partner in the effort to track down dissidents and murder them, and guess what? – Langley is home to the CIA headquarters.

The biggest intelligence agency in the world is assisting a petty regime to track down innocents. That is exactly what the organization has been limited to under Biden’s rule.

Also, it would not be the first time that the CIA has involved itself in list-making ventures.  In 1990, The Washington Post reported the agency “supplied the names of thousands of members of the Indonesian Communist Party to the army in Jakarta, which at the time was hunting down the leftists and killing them in a crackdown branded as one of the century’s worst massacres” in 1965.

The late investigative journalist, William Blum, wrote in his book “Killing Hope” that the CIA has assassinated or attempted to assassinate leaders in China, India, Panama, Zaire (then the Congo), Haiti, Cuba, and numerous other countries.

Therefore, it makes perfect sense that the incompetent intelligence services of Ukraine would need a far more experienced agency like the CIA to do its dirty work, and what is shocking is that Biden in actuality approved it.

Zelensky is essentially going after anyone who criticizes his regime. He previously targeted Ukrainian journalist Sonya Lukashova, who later ended up on the notorious Mirotvorets website in the aftermath of her authoring an article that claimed the data on Russian military rape allegations produced by the country’s former human rights chief, Lyudmila Denisova, were false.

The regime is accusing the Russians of war crimes, while on the contrary, reports from reputed international agencies portray a different opinion.

“A report from human rights watchdog Amnesty International claims the Ukrainian military is guilty of the widespread use of tactics that constitute war crimes, including using populated residential areas, schools, and hospitals as de facto military bases,” the Washington Examiner reported on August 4.

So, to sum up, the whole scenario, Zelensky is using a foreign agency to compile lists for him so it becomes easier for him to kill individuals from his own country. Well, isn’t that convenient? Or maybe it’s the norm in the Zelensky era.