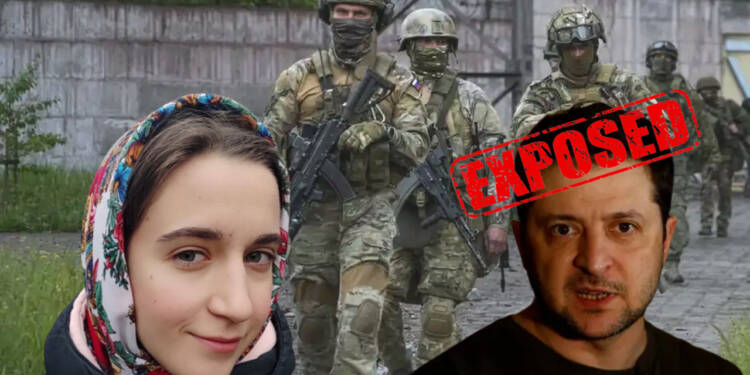 The transition of Zelensky from clown to President to dictator has been horrifying for Ukraine. He has banned opposition parties, burned thousands of Russian books and is now throttling press freedom. Kyiv according to western propaganda is fighting a war to conserve its sovereignty and ideology. However, if freedom of the press itself is barred in Ukraine then the western powers that proclaim themselves to be the champions of democracy should once again think about their support of Zelensky’s dictator regime.

Freedom of press and speech are the pillars of democracy. Action should only be taken against journalists only if they in any way deliver news or carry out actions that could become a threat to the national security of a country.

End Of Press Freedom In Ukraine

Ukrainian journalist Sonya Lukashova ended up on the notorious Mirotvorets (‘Peacemaker’) website in the aftermath of her authoring an article that claimed the data on Russian military rape allegations produced by the country’s former human rights chief, Lyudmila Denisova, were false.

Mirotvorets is a state-run unit under Ukraine’s Security Service that produces a list of people and organizations deemed to be “Enemies Of Ukraine ”.  Sonya Lukashova wrote the piece published by the Ukrainskaya Pravda (Ukrainian Truth) newspaper recently. The piece crafted by her cited many official sources proclaiming the “Rape Allegation” on Russians false and baseless.

Read More:  “Spy Chief did it”, Zelensky’s horrible attempt at whitewashing his legacy

Zelensky and his allies have been citing a much-hyped number of casualties on the Russian side to demotivate the Russian public, the truth however can be seen on the ground with the swift advancement of the Russian forces. Alleging Russian soldiers of brutal war crimes such as rapes and minor abuse is too disgraceful to be done by a country’s president.

“Ukrainian law enforcement officials tried to investigate Denisova’s claims but found no evidence to back them up. After interrogating Denisova several times, officials discovered she had received all her explosive revelations from her daughter, Alexandra Kvitko, “over tea.” The latter ran a ‘psychological hotline’ for victims of wartime violence,  established in collaboration between Denisova’s office and UNICEF.”

Kvitko claimed to have received thousands of calls with some 450 concerning minor abuse but the call logs confirm that only 92 calls were received. Rampant corruption at the highest levels in the Zelensky government and their plot of winding up fake propaganda to tarnish the image of Russian soldiers have now been exposed, all thanks to brave journalists like Sonya Lukashova, whose future now lies in deep uncertainty.

The severe backlash has been observed from well-known Ukrainian figures against Sonya Lukashova, and for what, bringing out the “Truth”. Political commentator and prominent supporter of ex-president Petro Poroshenko, Taras Berezovets, for instance, bluntly accused the reporter of producing prime material for “Russian propaganda.”

Although Berezovets should understand that whether  “Russian propaganda” or not, truth should not be contained in any form. Also, a government-backed organisation like Mirotvorets that produces a list of people whom they proclaim “Anti-Ukrainians” should not be a part of a healthy democracy as it motivates illegal groups to promote violence without the need for legal action, something we are sure that Mr. Zelensky would like.

Collection of 32 Enough Is Enough Quotes and Captions