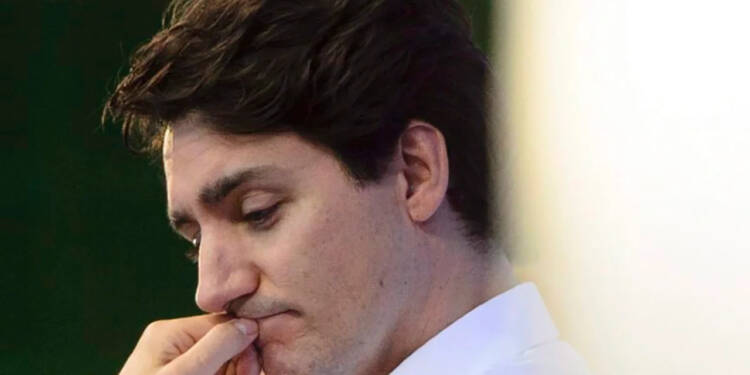 Alberta is going to kick Trudeau’s RCMP out. Alberta outperforms the rest of Trudeau’s Canada economically. Alberta says ‘No’ to Trudeau’s dictatorship. And what do you think? The liberal poster boy can stand this? Well, Justin Trudeau is having a very hard time dealing with the prosperity of Alberta.

Be it the climate agenda, RCMP, fundamental rights of free speech and peaceful protests, Trudeau’s nonsensical agenda has always been in the crosshairs of Alberta’s authorities. Mr. Trudeau can’t get sick of his nefarious plans to overtake the conservative province of Alberta but ironically fails every time.

And now, Justin Trudeau is all set to crack down on the petrochemical industry in Alberta.

We know Alberta has the largest petrochemical industry in the whole of Canada. A horde of Albertans generate their employment from this sector. But sadly, the Prime Minister of your country is your biggest antagonist. He can’t see you prosper.

The ‘green man’ has decided to label plastics as toxic under the Canadian Environmental Protection Act (CEPA).

According to CEPA, a substance can have an “immediate or long-term harmful effect on the environment or its biological diversity,” if it is toxic. The designation, which is necessary for the government to outlaw substances thought to be hazardous to the health of people, animals, or the environment, was crucial in Ottawa’s decision to outlaw many single-use plastic goods.

But wait, Mr Trudeau, Alberta is strong enough to challenge your decisions and take you to court. The province can’t snatch the livelihoods of its citizens. The province is a hard nut to crack for the liberals. Albertans have been rogue against Trudeau’s dictatorial policies. They’ve always hoped to get away with his autocratic dictatorship.

So, the ‘plastic ban policy’ was certain to draw flak and become an apple of discord between the two conflicting parties.

Alberta is contesting Ottawa’s decision to classify plastics as harmful, claiming that Ottawa exceeded its legal authority and imperilled the province’s economic interests. The province has informed the Federal Court of Canada that it plans to participate in a legal challenge of Ottawa’s decision to add plastics to the list of substances that are harmful under the Canadian Environmental Protection Act last May. (CEPA).

The Responsible Plastic Use Coalition, a business alliance of more than 30 plastic producers and petrochemical behemoths including Dow, Nova Chemicals, and Imperial Oil, is leading that legal assault.

Jason Kenney, the premier of Alberta, agreed on Thursday that the government shouldn’t group plastic with harmful substances because there isn’t any solid data to support that claim.

“While the industry is investing massively in becoming more environmentally responsible, Ottawa – for, I think, political reasons – decided to say that plastics have the same risk as toxins like arsenic, which is clearly unscientific,” he told reporters in Calgary.

Mr. Kenney also accused the federal government of trying to “pull a fast one” by exerting its constitutional authority to legislate on criminal matters “to effectively engage in what is normally a provincial environmental regulatory authority.”

The basis of our case, he claimed, is that classifying plastic as poisonous is essentially “an environmental regulation dressed up as a criminal law problem.”

You see, Mr. Trudeau and his liberals are always desperate to stray into the constitutional terrain of the territory of Alberta, which they have no legal right to be in.

Whereas the Federal Minister of Environment and Climate Change, Steven Guilbeault, believes that the court will uphold the ban on single-use plastics.

“Canadians are demanding the government act to address the plastic pollution crisis. But instead of taking positive action for cleaner air and water, it’s disappointing to see Conservative politicians once again running to the courts to oppose our efforts to keep plastics out of our landfills and environment,” he said.

According to rules that Mr Guilbeault finalised in June, the prohibition would be implemented gradually beginning in December. In June 2023, it will stop producing and importing plastic straws, stirrers, shopping bags, cutlery, and takeaway containers. The following June, their sale will be outlawed, and exports must cease by December 2025.

You see, Albertan conservatives have emerged as Trudeau’s strongest critics, and they continue to set the bar high for other conservatives. Justin is well aware that if Alberta is not conquered in the upcoming years, he may have to leave his office forever due to a growing anti-incumbency sentiment.

Therefore, he can never get sick of making nefarious plans to overtake the province, but will Alberta ever let that happen?