The biggest impediment to Africa’s progress is not Europe or the US, it’s the African Union 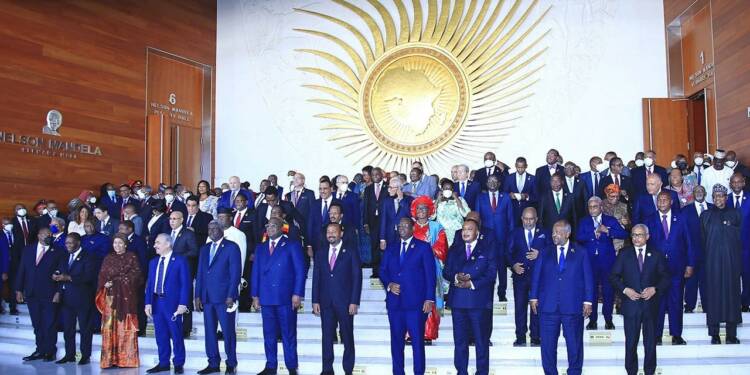 For our African brothers and sisters, the problems are never-ending. There are many intra as well as inter-state conflicts, terrorist activities, regime changes, and even a tug-of-war between the West and the East in the region.

We now ask a question to you. Who do you believe is to blame for Africa’s impediment? Is it the West? Russia? Who? Perhaps, Truth be told, none of them. African Union (AU) is the primarily the main culprit

Twenty years ago, in 2002, the last summit of the Organisation of African Unity (OAU) was held and there was an enthusiasm amongst Africans. The continent was about to come under the umbrella of the African Union (AU).

The initial idea was laid by none other than Mohammad Gaddafi. The leader wanted to create a new, practical union that would pave the way for the “United States of Africa,”. His idea for AU was pretty clear, “African land for Africans!”

However, now times have changed. Gaddafi is no more and the African Union (AU), which, according to its own report states that “has continued to imitate the European Union in terms of institutional structure and integration trajectory,” is far from its goal.

It is far from accomplishing the results of its model, which was anticipated to be most suitable for the continent. Common Africans despise AU citing it as a straight failure.

As per them, it is an ineffective organization, which has not solved any of the problems for which it was created.

African Union has knotty problems. Firstly it talks of unification, whereas, the truth is that AU is divided into multi-factions. One leader hates other, that other hates another. The unity which was supposed to represent the AU’s consultative assembly is plagued by internal conflicts and accusations of mismanagement.

Additionally, there isn’t a Pan-African Parliament that could accommodate the 200 or so members of national parliaments. Without the group being able to make its voice known, the continent, particularly West Africa, has developed into the core of the world’s terrorism, and coups d’état have become routine.

There are vital working mechanisms but, none of them is working effectively. The Economic, Social and Cultural Council (ECOSOC), brings together civil society organisations, associations, and trade unions; the African Court of Human and Peoples’ Rights; the African Standby Force; and the Citizens’ Diaspora Directorate (CDD), all are there. But, none of them have taken any major steps.

What’s more, the rhetoric here is that despite being “ready” to be deployed since 2016, its supposedly famed “African standby forces” have never been deployed. Unifying Africa under one umbrella has become a hard nut to crack for AU leaders.

Lack of Finance and foreign reliance!!

Another major hurdle in AU is the lack of financial independence and its total reliance on foreign influence. The union is financially weak. Thus, each year, the provisional budget, which is very limited, is only controlled by foreign loans and aid.

You might be astonished to know this, but, even AU’s parliament building is built and gifted by China. An indigenous policy framework for sustainable economic growth was to be created as part of the New Partnership for Africa’s Development.

Eliminating poverty, fostering growth, and integrating Africa into the global economy were some of its objectives. Sadly none of it has happened yet, rather seem as a distant dream.

Whereas, the case of the West and East’s meddling in the region is a well-known one. The forces of the two regions are still engaged in crazy inbred warfare over control of Africa due to its resource-rich endowments.

Therefore, AU is basically hard cheese for Africa. Regrettably, the union follows orders from either the West or the East.

This behavior is absurd and in no way represents neutrality. Real neutrality involves first protecting your interests before moving forward. Many African countries have this as their goal. A pan-African motion, however, cannot be implemented until the AU resolves its current problems.