We researched about the “incompetent employees” of Global Affairs Canada. The result is deeply distressing 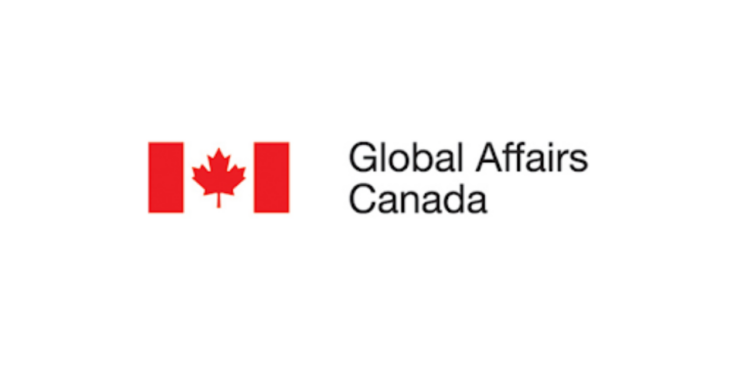 In Canada, you want a job and you get it. No matter what your qualifications are. Even if you don’t match the required standards you can still punch a clock. We’re talking about Global Affairs Canada. Don’t worry if you lack in specialised knowledge because all you need to do is spread Trudeau’s woke agenda on a global stage. You just have to give a leeway to liberalism. Easy, isn’t it?

As recent reports suggest, the senior management of Global Affairs Canada is highly incompetent and barely meets the job requirements. Only 18% of the employees meet foreign language requirements.

Less than one in five executives in Canada’s foreign service are able to communicate in a foreign language, which is an “unfortunate distinction” from its international counterparts. This shows the problem with the department’s lack of specialised knowledge.

Now, this is one of the several conclusions in a new research paper just published by seasoned Middle East expert and Arabic-fluent Canadian diplomat Ulric Shannon, whose most recent position was as Canada’s ambassador to Iraq until 2021.

At a time of growing global unrest, Shannon in his study compared the amount of specialist competence within Global Affairs Canada’s diplomatic service to that of six other nations- the United States, the United Kingdom, France, Australia, China, and Russia.

The findings showcase the completely flawed hiring system of Global Affairs Canada (GAC). The report concludes that while other nations are actively encouraging their employees to get profound knowledge in specialised fields (such as Middle East politics, international trade, etc.), Canada is underperforming and runs the risk of being significantly outperformed in the global arena. According to the study, Canada has a “generalist” approach to foreign affairs and lacks in-depth-expertise.

Also Read: Unless Canada’s retirement laws are changed, the country will soon be run by migrants

“We’re a bit of an outlier. We’re late to the game of realising that … we do need pockets of specialisation and expertise among our rotational personnel. I think the other democracies that I compare us to in the report are further along that track,” he said on a podcast for the University of Ottawa’s Centre for International Policy Studies (CIPS).

Agreed, the employees of GAC lack specialised knowledge, but they are competent enough to spread Trudeau’s woke agenda on a global stage. Global Affairs Canada has always laid emphasis on making the work environment more diversified, and equitable, and stressed on inclusivity.

Moreover, according to a letter published by the deputy ministers at the GAC concerns the urgency of making the public service and the department more equitable, inclusive, and representative organizations at home and abroad.

The letter highlights that GAC will launch a departmental anti-racism strategy and accompanying action plan in the fall that will include key initiatives, such as the Deputy Minister Pilot Sponsorship Program, anti-racism training modules that they expect their staff to complete and the establishment of benchmarks grounded in the Canadian labour market to guide their efforts to ensure representation of targeted groups.

And, the overarching aim is to create a culture that is anti-racist, sensitive to intersectional dimensions, and welcoming to all staff. You see, the GAC is aimed at hiring staff members that belong to diverse ethnicities, who are anti-racist, and who believe in inclusivity regardless of their merits.

We researched some of the employees of the organization. And the conclusions were obvious yet shocking. The employees are engaged in acts of promoting Trudeau’s woke agenda on their twitter handles and social media.

Claude Rochon, who is serving as a deputy director in GAC for more than 3 years now is one of them. Her twitter handle proves her to be a stooge of Trudeau’s liberalism too. She shared a tweet of Justin Trudeau, when he was elated to see Australians voting in favour of legalizing same-sex marriages in the country. She was even cited as supporting Canada’s refugee policy. Her retweeting of Antonio Guterres’ tweet that read, “Racism, xenophobia, anti-Semitism & Islamophobia are poisoning our societies. We must stand up against them. Every time. Everywhere,” proves her inclination towards the same liberal mindset.

Michael Vonk, who is a foreign service officer at GAC, is no different. Surfing his social media got us to bolster our suspicion of GAC hiring employees with diverse backgrounds. He once tweeted a job alert for a cultural officer that stated, “We are looking for a Cultural Officer to join @CanadainIndia in #Mumbai. Experience in the cultural and creative industries is required. We encourage people with diverse backgrounds to apply.”

It is shocking to know that Global Affairs Canada is hiring its employees on the basis of their cultural backgrounds and not on their merits. This is why the department lacks specialised knowledge, but everything is acceptable until it serves Trudeau’s ideology.

Scott Mcleod, who is the First Secretary of Trade Policy and also belongs to the same tribe. His Twitter handle proves his inclination towards the LGBTQ section of society. He once shared CanadianIndia’s tweet that stressed the need to spread awareness and work with local partners to safeguard the rights of the LGBTQ community.

The answers to these questions are too shocking as a country like Canada, which has all the resources and talent to be a major power on a global stage, is bound to underperform as those in the driver’s seat are an epitome of incompetency personified!

Cyril Ramaphosa is a freaking disgrace but, South African politics is a stinking gutter too