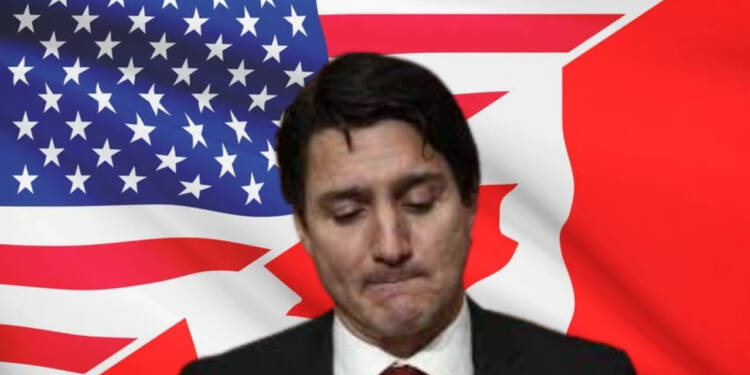 The United States and Canada share a bonhomie, right? But, hey look, Canada’s all-weather ‘ally’, has now been declared a security threat.

Canadian think tanks are busy in their assessment of the risk posed by the United States. They have recently come up with an unusual warning.

Two reputable groups of Canadian specialists, many of whom are retired after long careers in the government, recently released analyses on the country’s national security plans. They have sent Canada a warning. The University of Ottawa has done an analysis which not only focused on topics you might anticipate, including global warming and competition with Russia but also expressed an unexpected worry. The worry of the US being a national security threat.

Based on the analyses, it has been declared that the protests of Canadian truckers at the U.S.-Canada border highlighted a more general and potentially existential issue for Canada: the effects of the United States’ democratic backsliding.

Now, this raises a fascinating question. How should Canada react if massive political violence breaks out in their southern neighbour?

The Canadian Global Affairs Institute has tried to answer this. They have anticipated that the United States is and will remain Canada’s closest ally, but it could also become a source of threat and instability in Canada.

Now, we can certainly say that Trudeau’s fear of American intervention in its political fabric is 100% correct. Let us tell you how.

The Global Affairs Institute highlights what the Canadian intelligence service may consider when assessing whether the US poses a threat to national security. It has been noted that the US will continue to experience significant political polarisation for a few years down the line owing to the significant economic and cultural disparities across the country.  Now, this polarisation is bound to increase the trend of politically related violence. The assessment also suggests that an anti-democracy political viewpoint will emerge as the controlling political viewpoint in America.

And not to mention, the US will increasingly pursue isolationist trade policies that impact trade with other nations, with either direct or collateral adverse effects on Canada. So, we might not be mistaken to say that the Trudeau-supported think tank got everything right when it comes to spotting the concern regarding the US. You see, the review mentions that it will be particularly concerning if Donald Trump, or a like-minded Republican, wins the presidency in 2024.

But, we will also tell you that the review is 100% wrong to believe that the political environment in Canada is not bound to change.

The report went wrong enough to assume the fate of Canada to be in Trudeau’s hands. Perhaps, it is getting the wrong end of the stick.

If Trump or any like-minded Republican will come to power when Trudeau remains in power, things might surely be bad for Canada.

However, to be fair, Canada is already headed to elections. And it’s highly likely that Canada will witness a twist of fate. And even, the incompetent liberal party is aware and has accepted that conservative politicians can succeed in ousting PM Trudeau from his seat. Especially now when Pierre Poilivere has become the conservative face.

Read More: Canadian Media is making the same mistake with Poilievre that US and Indian Media made with Trump & Modi

The assessment failed to list and highlight this major point. When Poiliever comes to power, things are surely likely to be changed. And then Trump, or any like-minded Republican, will no longer pose a threat to Canada’s security.

Governments in both countries will surely be on the same page on the majority of issues. There will surely be a better understanding of the domestic and international front. Canada will surely get a good place in US policies.

Definitely, this is what the Trudeau-supported think tank has missed.

So what will happen when conservative parties are in power in both the US and Canada? This is a question that the assessment has no answers to. Perhaps this is highly likely to unfold given the circumstances in both countries right now. And when that occurs, the assessments will undoubtedly change.