Good days for Sweden begin, and the liberal establishment bites the dust

The election results in Sweden are definitely going to give the West sleepless nights. 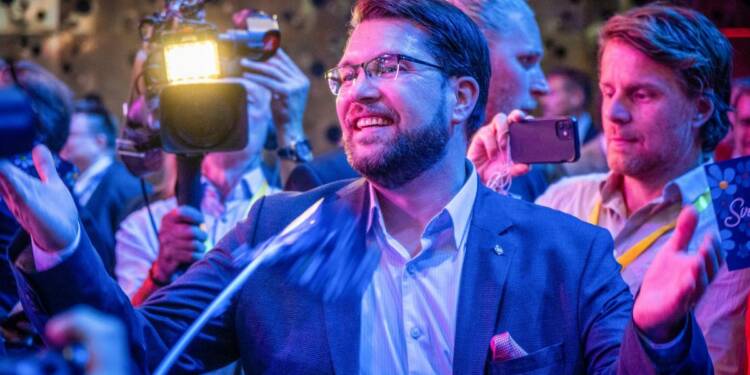 The Swedish people have declared their mandate. According to News Click, the right-wing Sweden Democrats are now prepared to join the ruling coalition after a surprising election victory.

According to a count by the country’s elections authority, which covers 99.9% of voting offices, the four-party alliance would have taken a lead over the left with 176 seats — 73 of them going to Sweden Democrats (SD).

With more than 21% of the vote, the Sweden Democrats (SD) are now the nation’s second-largest party. The vote share has pushed the party in a strong position to demand concessions in exchange for its support in the legislature.

This election result represents a turning point in Sweden’s history, which will now begin its transition from being a bastion of tolerance to one that is more conservative. Additionally, Stockholm’s perspective on the EU, NATO, and so-called liberal ideals may shift radically.

Make no mistake, the election results in Sweden are definitely going to give the West sleepless nights.

For years, Sweden has remained the most ethnically mixed nation since large-scale asylum-based immigration first began in the 1990s and accelerated sharply following the fall of the Arab spring.

But, the upcoming right-wing wave looks to break this jinx on Stockholm. First off, Sweden Democrats describe itself as a “nationalist party with an anti-immigration policy.”

The SD has been one of the major voices opposing immigration for a long time. The party labels migration as the primary cause behind the recent rise in gang and gun crime among second-generation immigrant youth in Swedish cities.

The party aims for zero asylum-seekers, along with longer prison sentences and wider use of deportation.

Their notion is a clarion call, SD would support “open Swedishness”, which means that anybody can become Swedish if they learn the language and adopt the culture, but the notion of a Swedish Muslim is not accepted.

In addition, the Social Democrats also have a very stormy relationship with Brussels. The SD leader once made headlines for calling out ‘Swexit’.

The matter was a hot potato between Sweden and the EU until the Sweden Democrats reversed their policy of calling for the country to follow Britain out of the EU. SD also aspires to transform the EU from the inside.

This means that by supporting the RW faction that is emerging within the Bloc, the Swedish RW is about to spur more tensions for Liberal Brussels.

Furthermore, Kurdish people are likewise extremely beloved by Sweden Democrats. The party is in favour of the establishment of an independent Kurdish state and the formal international recognition of the Armenian genocide. Thus, Turkey’s desire to exterminate Kurds may also encounter a new roadblock.

Sweden Democrats have also been charged with being affectionate to Russia. Sweden’s Democrats have long been friendly toward Russian President Vladimir Putin.

A week before the Ukraine invasion, when the party leader, Jim Akkeison, gave an interview with public broadcaster SVT about which leader he preferred U.S. President Joe Biden or Putin, Akesson gave a kind of shaky answer. He replied, “It depends on the context.”

So, what exactly could happen to NATO’s application once SD storms into power? That remains under suspicion.

Sweden has given Akesson a chance to make ‘Sweden great again’. A new age has begun, and this history is in the making. Sweden has consistently maintained its positive reputation in the west. But Stockholm is about to turn into an apple of discord right now. Now, just wait before Stockholm turns into a threat to democracy for the west!