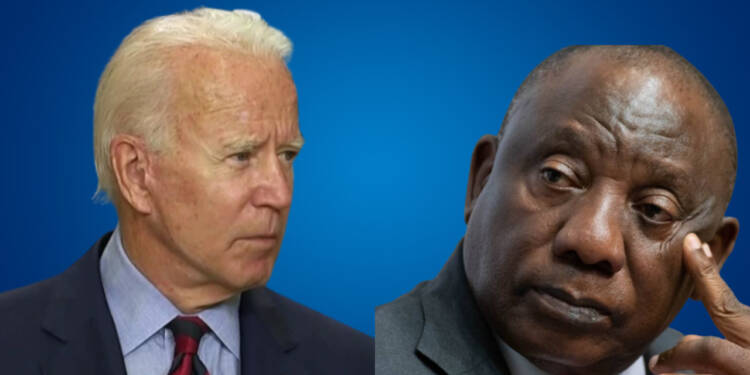 On the issue of the Russia-Ukraine war, it has been observed that South Africa has mostly avoided taking a stand against Russia. The West is annoyed with South Africa’s “Pro-Russia” stand or the fact that it stands on the sidelines. South Africa’s stand on the issue is vital for the West as it is one of the most prominent and influential countries and a vocal supporter of African unity. However, when the United Nations General Assembly voted on a resolution calling on its BRICS partner, Russia, to withdraw its military forces from Ukraine, South Africa chose to abstain. In fact, South Africa was one of 17 African nations that abstained.

Again, South Africa abstained from voting in the United Nations General Assembly on the resolution to suspend Russia from the Human Rights Council. Here too, South Africa was one of 58 countries that abstained.

This was followed by the US secretary of state Antony Blinken kicking off his tour of Africa starting with South Africa in August.

This visit was after the recent tours by Russian Foreign Minister Sergey Lavrov and thus it can be seen as part of the race between the two countries to mobilize support from the African countries.

Read more: ‘In the new scramble for Africa’, Lavrov beats Blinken by a mile

Blinken’s visit was crucial to counter Russian influence and try & get South Africa on the Western side. South Africa has so far been neutral and avoided criticizing Russia publicly.

He also met South African President Cyril Ramaphosa and emphasized that the US is committed to continuing the “mutually beneficial partnership” and invited Ramaphosa to Washington.

Ramaphosa playing into US hands

Cyril Ramaphosa replaced the corrupt Jacob Zuma as president four years ago on the promise of being clean. However, he’s no saviour of South Africa either. He’s facing an explosive corruption scandal. Ramaphosa’s latest corruption issue is being dubbed the famous ‘farmgate case’. Arthur Fraser, a former intelligence director, filed a complaint against the leader. Cyril Ramaphosa is charged by Fraser with corruption, kidnapping, and money laundering.

Read more: Cyril Ramaphosa is a freaking disgrace but, South African politics is a stinking gutter too

South Africans are angry, dejected and helpless over the issue of corruption as it is deeply institutionalized and has remained the greatest stumbling block to Africa’s progress. In that case, Ramaphosa after miserably failing to defeat corruption is bound to face the heat and face the angry citizens.

However, now it seems as if the South African President has found the easiest way out of the mess. As of now, it seems that US President Joe Biden is coming to his rescue. Cyril Ramaphosa-Biden’s meeting in Washington could be to chalk out a design for his asylum in the US as he is under increasing scrutiny and might also face arrest. Therefore, in order to escape the wrath of his people and escape his days in prison, he is looking for Biden’s help.

It is not very uncommon for the US to use various strategies and blackmail other countries to get what it wants. The US wants South Africa’s support in its “Cold War” against Russia and blackmailing now tainted with corruption charges Ramaphosa could be the latest strategy in that end.