Dear John Kerry, African oil is Africa’s. So, shut the F**K UP

The 78-year-old insane man wanted Africa to dance to his tunes; instead, he got a tight burning slap in the face. 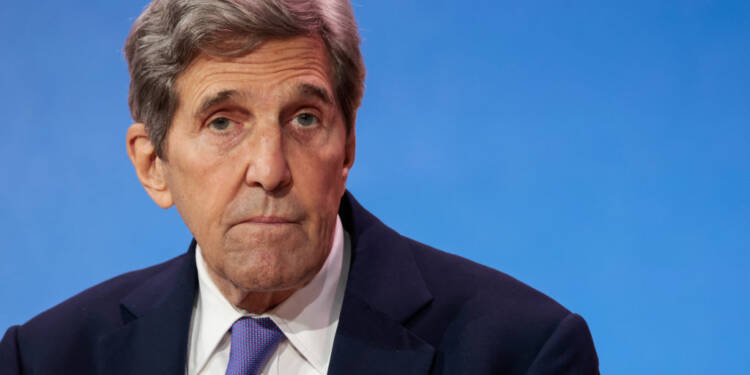 Africa has started to understand the importance of self-sufficiency in the wake of the global protectionism brought on by the COVID-19 pandemic. Additionally, the crisis spurred on by Europe’s overwhelming reliance on the Russian energy has only served to motivate African nations to start shifting their allegiances away from the West.

The conditions are just ripe for Africa to prove its worth to the world. Due to the current geopolitical climate, which is marked by a high worldwide demand for gas and oil and a spike in prices as a result of Russia’s invasion of Ukraine, the resource-rich continent of Africa now has the opportunity to step up as a substitute gas supplier for the world. And the continent is leaving no stone unturned  to seize this golden chance to the fullest.

Recently, the Central African countries including Equatorial Guinea, Cameroon, Gabon, Chad, Angola, Democratic Republic of Congo and Congo Republic have announced the establishment of  a regional oil and gas pipeline network. These African nations are either oil producers or have vast untapped oil and gas reserves, but are dependent on imports for refined products. Thus, the proposed gas pipeline network would serve as a means to boost their energy security and move towards economic self-sufficiency. This will also lessen their reliance on imported refined petroleum products from the West. According to project documents reviewed by Reuters, the project seeks to build three international oil and gas pipelines totaling around 6,500 km, storage facilities, liquefied natural gas terminals, and gas-fired power plants connecting 11 nations by 2030.

Furthermore, oil rich countries like Uganda and Tanzania are also trying to emerge as worthy exporters of oil and gas. As such, both Uganda and Tanzania are building the East African Crude Oil Pipeline (Eacop) project, stretching 1,443km (896 miles) from Lake Albert in western Uganda to the Tanzanian port of Tanga on the Indian Ocean.

When Africa speaks about economic independence and energy self-sufficiency, the West, for some weird reasons, gets offended and feels disrespected. The West still sees Africa as a slave that is not supposed to harm its masters through any of its actions.

Recently, U.S. climate envoy John Kerry “cautioned” against investing in long-term gas projects in Africa. This comes after African countries expressed their readiness to explore the feasibility of their oil and gas deposits, as mentioned earlier.

Kerry told Reuters on Thursday, “We are not saying no gas.”  The US official added, “What we are saying is, over the next few years, gas replaces coal or replaces oil,” adding that gas can be used as a transition to cleaner energy sources.

Make no mistake, under the garb of raising ecological concerns, the United States is attempting to obstruct the rise of Africa. The West would never benefit from an assertive Africa. Africa’s enslavement served as the foundation for the riches of western nations.  The rapid development of the so-called developed countries invariably relied upon what Andre Gunther Frank called the “development of under development” of poor countries across the world and notably Africa and more specifically Sub- Sahara and East Africa.

The predatory tactics of western MNCs prevented developing nations of Africa from reaping economic benefits of their own natural resource wealth, which eventually jeopardized their efforts to pursue emancipatory economic and social development policies. To paraphrase Malachy Postlethwayt, western trade is a magnificent superstructure on Africa’s foundation.

Read More: Nigeria is going to be one of the most important countries on the planet in the next 20 years

And, it is ironic that John Kerry is preaching on climate change to the very African countries that have routinely witnessed incidents involving the dumping of hazardous waste from his nation.

Frankly speaking, climate change and green agenda are just Western propaganda tools aimed at engraining destitution and poverty in the resource rich African continent.  It infringes on the Africans’ most fundamental human rights by denying them access to better economy, the ability to live better lives, and the right to rid their nations of diseases that young Europeans have never even heard of!

African political and economic systems have always been dictated by global political and economic systems. Simply put, strategic independence is still a luxury for almost all African nations. However, they are now retaliating against the condescending and paternalistic attitude of Western nations. African countries are aware of the value of self-determinism and self-sufficiency in the contemporary politico-economic environment. A pan-African fight against neo-imperialism is in the making. Be rest assured, the ascension of Africa cannot be thwarted by the John Kerrys of the world.