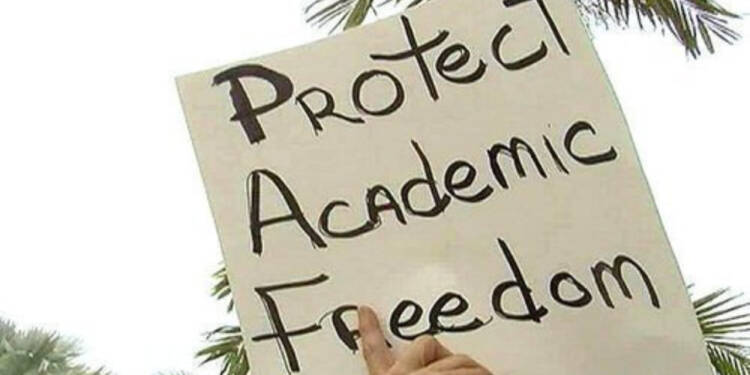 In the name of ‘21st-century buildings for ‘21st-century education,’ universities have started to face a wave of liberalism in Canada. If you have diverse viewpoints, you will be ostracised. If you are not left-leaning, you’ll be singled out. So what will you do? The fear of ostracism will compel you to wear the cloak of liberalism, at least when in Canada.

In Trudeau’s Canada, universities are now becoming a political monolith.

According to research done by the Macdonald Laurier Institute, Canadian universities are seriously deficient in viewpoint diversity and have instead become politically homogeneous institutions. Only 9% of professors vote for conservative parties, while the majority of them (88%) self-identify as having a left-leaning stance. The study demonstrates that political bias is growing in Canadian colleges.

The survey asked whether the professors would be worried if their political opinions became known. Almost 88 percent of left-leaning professors were either not very worried or not worried at all. However, when it looked at the right-leaning political minority, the situation changed considerably: 44 per cent were somewhat or very worried about facing negative consequences if colleagues, students, or others on campus learned of their political opinions. And 40 percent of right-leaning professors feel like they face a hostile work environment.

The right-leaning minorities on campuses fear being subjected to a witch-hunt and hence prefer to self-censor. The current behaviour of professors is the epitome of this type of self-censorship. 57 per cent of academics who lean to the right have self-censored in academic settings out of concern for unfavourable outcomes.

It has an impact on professors of all political persuasions because 34% of all professors admit to self-censoring out of concern for unfavourable outcomes should their opinions on particular topics become public. The majority of professors firmly believe in academic freedom. However, in reality, a sizable minority of professors – between 32 and 34 per cent – are willing to curtail academic freedom and “cancel” their colleagues in order to uphold their social justice-related political beliefs.

In response to the MLI survey, professors responded by giving a variety of examples and scenarios in which they have avoided talking about certain subjects. These examples range from altering the way they teach to completely avoiding certain subjects to even changing their research career to avoid potential negative consequences. Self-censorship is a problem for certain academics, including those on the left, even though right-leaning professors tend to feel the need to exercise it the most.

We can now imagine that if Canadian university professors are so politically biased and actively promote a particular ideology, they will also push the same for their students. There won’t be any room for debate or discussion among students on diverse viewpoints. After all, students are heavily inspired by their teachers.

The report by MLI also gives recommendations on solving this issue. This include1) the creation of an Academic Freedom Act; 2) insisting that universities remain politically neutral in their public statements, hiring practices, and organisational structure and rules; 3) eliminating political loyalty tests from hiring, research funding, and other human resource decisions and bodies; 4) legislate that unions cannot discriminate based on politics in the defence of their members; and 5) generally promote a culture of academic freedom.

But will these recommendations be considered?

Perhaps never by the current government.

You see, the liberal poster boy is trying to inculcate liberalism through constructive programming that will start with the young minds in universities. Students of this age are more vulnerable to liberal doctrine. And since academia is the best tool anybody could ask for, and having a knack for such petty tactics, Trudeau has successfully found the right pitch to get into the vulnerable fortress.

Surely this indicates that the concept of academic freedom is breathing its last in Canada.

So, Italy is completely at France’s mercy now