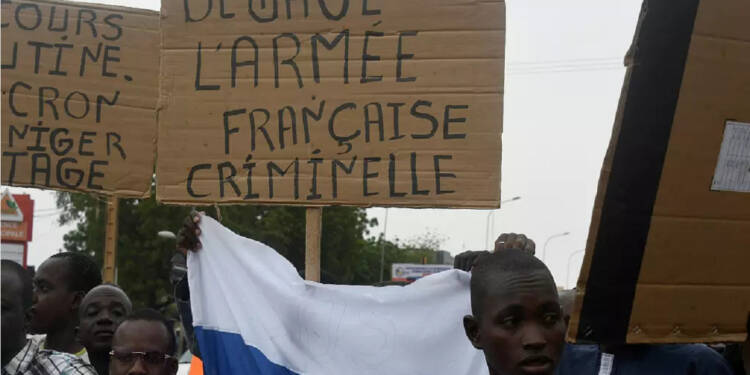 Recently, the United Nations stated that the Sahel region of Africa should be considered a region of opportunity, despite the “multiple crises” that people there are enduring. This has brought into spotlight the conflict-ridden and most troubled region of Africa that stretches over an area of 3,860 kilometers from east to west across Africa.

The region has been historically marked with socio-economic and socio-political conflicts. Some of the most disturbed countries of Africa are found here as the Sahel region of Africa includes countries like Senegal, Mauritania, Mali, Burkina Faso, Niger, Nigeria,  Sudan, among others.

The Greater Sahara branch of the Islamic State, the Islamic State West Africa Province (ISWAP), Jama’at Nasr al-Islam wal Muslimin, the local al-Qaeda affiliate in Mali, and Boko Haram are the four principal terror organisations that operate in the area. Among them, the ISGS and Jama’at Nasr are said to be working together to increase their influence in the border region between Burkina Faso, Mali, and Niger, where they shoot down anyone who does not avow their allegiance to the jihadists.

A tussle between the West and Russia:

Even now, the 10-country region, which has historically been dominated by European countries, holds a key position as the scene of fierce rivalry for natural resources. Although French colonialism was abolished in the region in the 1950s, the jubilation was ephemeral because France continued to maintain most of its bases and influence over the neighbouring nations long after the collapse of its colonial empire.

When the French withdrew their troops from Mali, Russia began to step in and take the place of the European nation. With little time to spare, the Russian-affiliated Wagner group entered the scene and pledged to assist Mali in its fight against Islamic terrorism, a persistent problem for the nation. Additionally, the Wagner Group has already been closely collaborating with the Central African Republic (CAR), another former French colony.

The loss of faith in West and the rise of Moscow:

The attitude toward France in Mali and the Sahel changed dramatically between 2013 and 2021. Paris, who was at first lauded as a savior, is now accused of failing to control the security situation and even encouraging neo-colonial dependency patterns.

The Sahel countries’ current issues can be partially attributed to the U.S. and France’s policy on regime change. Libya lost a reliable defence against militias and Islamists in 2011 when Muammar Gaddafi was overthrown by a NATO intervention. Libya, which had descended into anarchy and civil conflict, became a haven for jihadists

The Western endorsement for the unconstitutional takeover of power in Chad by Mahamat Déby also was seen in a negative light.  The former colonial power have even been accused of supporting jihadist groups.

As a result of coups and escalating anti-French sentiment, France and its European partners abruptly left Mali, and Niger became the newest base for Western troops seeking to maintain their influence in the SAHEL region.

Kow towing to his Western overlords, the Nigerien President Mohamed Bazoum  approved the redeployment of two French-led counterterrorism missions, Operation Barkhane and the European Task Force Takuba from Mali to the country. He asserted that Western troops would bring stability in the region.

However this sentiment is not shared by the Nigerien populace. The masses feel that the presence of western militaries would only intensify the cycle of security force abuses, civilian mistrust, and jihadist attacks intensifies.

Recently, several people demonstrated in the streets of the Nigerien capital Niamey, to protest against the French anti-jihadist force Barkhane. Some of the placards read “Get out of the criminal French army” or “The colonial army Barkhane must go”.

This increased cynicism and antagonism toward what the Nigers perceive as “colonial powers” has been coincided with an increasing faith in Russia. You see, Moscow has thus far had some degree of success in the region. The Malian Armed Forces are now more trained and equipped than they were a few years ago thanks to Russian assistance. The Russian mercenary group Wagner made its first big mission in a village called Moura, an area which has been controlled for several years by militants from the al-Qaida-linked, Group of Support for Islam and Muslims (GSIM).

These success tales would have irrefutably increased support for Russia among Nigeriens. “Long live Putin and Russia,” along with “Barkhane out” and “Down with France,” were hollered during the latest protests. Some protesters also brought Russian flags while waving anti-Barkhane and anti-France banners.