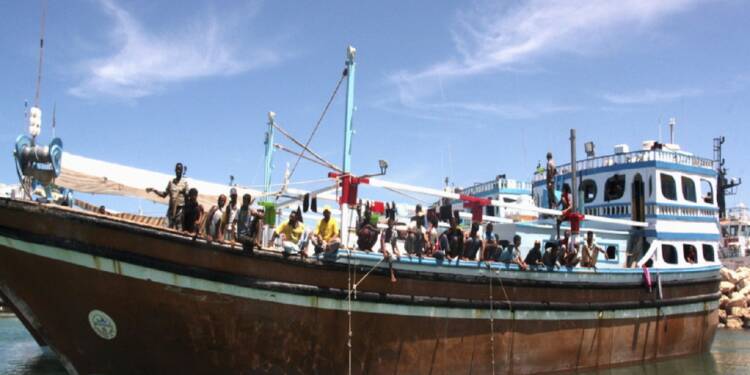 This new accord is hailed as a monumental step toward reaching the United Nations Sustainable Development Goal 14 — Life Below Water — after decades of fruitless negotiations. Although the “harmful” subsidies that support overfishing are not addressed in this new agreement, the WTO insists that it is committed to continuing its negotiations to limit these programmes.

This might be a significant breakthrough for Africa, where the fisheries industry, which supports over 400 million people’s livelihoods and food security, is susceptible to exploitation.

As the demand for fish is anticipated to rise by 30% by 2030, the industry is under immense strain and immediate worldwide solutions are needed. The World Trade Organization’s (WTO) approval of the Agreement on Fisheries Subsidies is one such response. On the surface, the pact appears to provide African nations the push they need to prioritise fisheries governance, sustainable ocean governance, and food security for a population that is expanding quickly, but there’s more to it than meets the eye.

You see, it is the “harmful subsidies” that allow for the extensive theft of fish populations which should be abolished. This includes funding ships to buy cutting-edge gear so they may operate far from their home ports and markets and catch more marine creatures.

Wild fisheries that are sustainably managed, support cultures, livelihoods, and food as well as nutritional security. These advantages are however undermined by harmful fisheries subsidies, which are government payments that encourage overcapacity and result in overfishing.

Unhealthy fisheries subsidies tip the business out of balance by encouraging vessels to catch and remove fish more quickly than stocks can restock. According to the UN Food and Agriculture Organization, 34% of the world’s estimated fish resources are overfished, an increase from the 10% level it was in the 1970s.

However, around 60% of the world’s fisheries subsidies come from wealthy nations, leaving many other fishing-dependent communities unable to compete with their subsidised rivals and frequently risking their lives for decreasingly large catches. Ending these destructive subsidies would have helped protect the billions of people whose lives and nourishment depend on healthy fish stocks.

But guess what? The apparently game-changing WTO fisheries agreement leaves harmful subsidies in place. The ability of subsidising states to cooperate with coastal governments to prevent illegal fishing will determine how far we can go. This is a problem because a number of subsidising states fail to address illegal operations linked to their nation’s fishing fleets, flags, and crews.

Another issue is the fishing industry’s lack of openness, which contributes significantly to illicit fishing. Make no mistake; rich countries are catching the majority of the ocean’s fish, even in the waters of lower-income nations.

Also Read: There won’t be peace in Ethiopia until USA’s lackey ‘AU’ gets out

With this Fisheries agreement in place, the rich nations will benefit from the illicit fishing that would receive an impetus in such a scenario. The produce would be sold in illegal markets at lower prices to evade getting caught. And guess who would be the primary purchaser in such a market- of course the rich western countries.

The WTO has historically had a substantial bias in favour of wealthy and developed countries. The WTO’s primary shortcoming is that it does not uphold the democratic principle. The WTO lacks transparency, despite the fact that its actions have an impact on every element of society and the earth. It functions as an aristocratic organisation where the rules are written by and for corporations with access to the WTO negotiatons.  Don’t be fooled, the recent agreement on fisheries subsidies is yet another instance of the neo-imperialistic inclinations of the WTO.