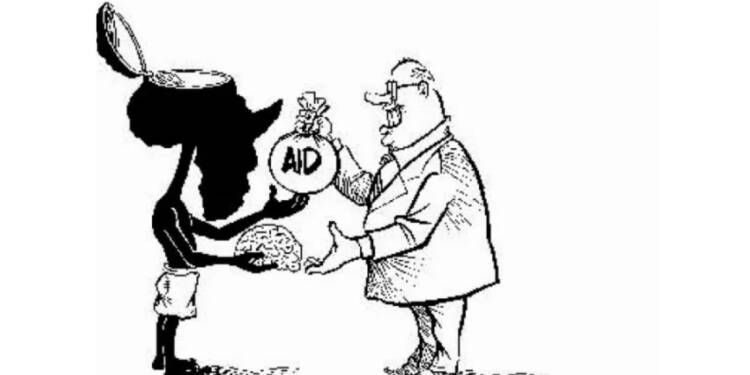 A brain drain—the exodus of highly skilled professionals who leave Africa in pursuit of employment in wealthier nations—has deterred the continent from maximizing its economic viability.  A 2013 report from the United Nations and the Organization for Economic Co-operation and Development found one in nine Africans with a tertiary education—some 2.9 million people from the continent—were living and working in developed nations in North America, Europe and elsewhere. Brain drain can prove to be very detrimental for the developing countries of Africa which have a relatively small pool of highly educated and skilled individuals to commence with.

The IT and health industries have been the centerpiece of discussions concerning Africa’s brain drain. In 2011, a British Medical Journal study evaluated the economic cost of human capital. It was discovered that the expense of losing domestically trained doctors who immigrated to Australia, Canada, the United Kingdom, and the United States totaled close to $2.2 billion.

Though Africa is globally portrayed as a place where developed nations send medical aid, in reality, it is Africa’s educational system which has historically supported the healthcare requirements of the Western industrialized nations.

Similarly, local companies in Africa are struggling to recruit and retain key talent as US tech titans led by Microsoft, Amazon and Google tilt the market in their favour with high salaries and attractive employment terms.

Global IT giants have increased their investments on the continent in recent years to benefit from expanding economies and a young population that is increasingly using the Internet.

You see, this is a small tale of a larger Western ploy to keep Africans in deprivation. An empowered Africa would never be advantageous to the West. Africa’s enslavement served as the foundation for the riches of western nations

A trained workforce will be required to ensure that Africa enjoys its growth ambitions given the continent’s rapid economic expansion. However, a shortage of skilled employees, courtesy of  evil US titans like Google and others, makes it ever more challenging for the African industries to flourish.

This is essentially what the West wants—to keep Africans perpetually reliant on them so they may continue to fill their riches by exploiting the vast resources of the continent.

The beginning of African resistance:

Exploited and abused for millennia by white colonial powers and deceptive economic structures, there is a growing sense of solidarity and indications of resistance in the African continent. And this time, Kenya is blazing the torch of defiance to neo-imperialism.

The “Kenya First” initiative of the Kenyan President William Ruto has been terrorizing Western countries. The East African country recently, along with its counterparts, in the East African community has raised the Common External Tariff (CET) for imports entering the bloc to 35 per cent . The nation is effectively endeavoring to encourage indigenous manufacturing by raising tariffs on sectors that rely significantly on imports. The expansion of several industrial industries in Kenya, including the food and beverage, leather, and footwear industries, among others, would undoubtedly be aided by this action, which will also increase the number of employment opportunities for local Africans.

Furthermore, the rise of local tech industries in Kenya is noteworthy.  Nairobi is the third-largest location on the continent for the companies that are expanding the quickest, according to new findings.

Ten of the 75 fastest-growing companies in Africa are based in Kenya, according to the first-ever FT annual ranking.

Wasoko, a platform that distributes fast-moving consumer items to kiosks and stores in Kenya’s dispersed informal markets, was named the continent’s fastest-growing company in the FT’s first study.

These start-ups are racing to use technology to solve problems for regional businesses and consumers as the US- based IT giants hire and try to gain a bigger share of the continent’s market. Their use of technology to reach underserved markets in a bid to expand their bases has also proven to be a success.

The current regime’s ongoing support for indigenous industries and regulation of the nefarious practices that Western nations engage in on Kenyan soil will benefit enormously the nation’s burgeoning tech sector. Ruto is wise to recognize that his country has the ability to build its own Silicon Valley, but in in order to make this vision a reality, his government must respond swiftly to forbid the West from continuing to siphon African talent.