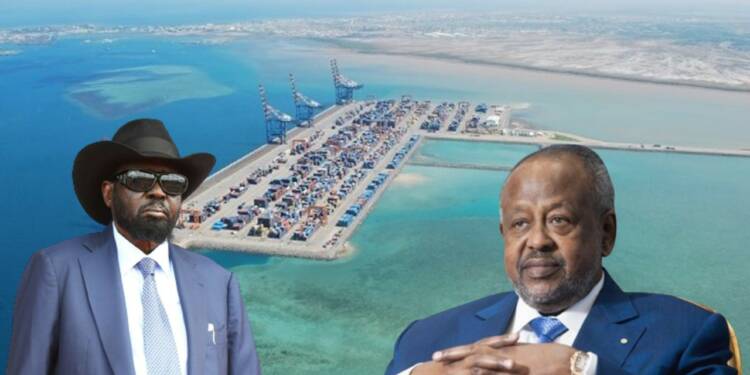 The Port of Mombasa in Kenya is one of the most important international seaports in the Eastern coast in Africa and the biggest port in East Africa.

The Mombasa port can be considered the gateway to East and Central Africa and is extremely crucial to serving neighboring landlocked countries including Uganda, Rwanda, South Sudan, and the Democratic Republic of Congo.

Africa Union has decided to surrender Somalia to Islamic terrorist

South Sudan has been heavily dependent on Mombasa as it is the main route for all consignments destined to the landlocked country and imports nearly all of its cargo through Kenya’s Mombasa port.

As part of South Sudan’s efforts to cut reliance on Mombasa alone for all its imports and exports, now it has finally found an alternative.

According to reports, the Mombasa port has been almost running at its full capacity unable to meet demands which are leading to congestion. Especially after the challenges presented by Covid-19, when movement of goods from the port became difficult because of protocols developed by health authorities, the situation had worsened.

As the world has moved past the worst part of the pandemic, many countries are scrambling for Mombasa port as trade resumes.

To escape the increasing traffic at Mombasa, South Sudan has bought a piece of land in Djibouti for the construction of a harbour in its latest effort to find an alternative to the port of Mombasa.

Djibouti is strategically of paramount importance for South Sudan as it also helps it gain access to Suez Canal allowing it trade more smoothly with Europe as compared to Mombasa. The 193 km Suez Canal is the fastest and most direct maritime trade link with Europe and is critical for global trade.

Djibouti Port is located at the Southern entrance to the Red Sea, at the intersection of major international shipping lines connecting Asia, Africa and Europe. Thus it will immensely benefit South Sudan which is currently heavily reliant on Mombasa port.

South Sudan is now eyeing to use Djibouti Port for imports and exports from the outside world through Ethiopia. This will also strengthen the trade ties between the three countries. Further, it will be easier and cheaper to import as well as export goods through Djibouti Port as it is near to South Sudan compared to Mombasa Port in Kenya. Moreover, with this South Sudan can avoid crossing the territorial waters of Somalia overcoming the fear of Somali pirates.

Such bilateral cooperation between a landlocked nation and its coastal neighbour can result in tremendous opportunities for enhancing their own economies and that of the coastal countries by giving access to their harbours to the landlocked countries and can gradually reduce dependence on Western powers and become self-sufficient which can prove to be critical in Africa’s growth prospects in years to come.

It has been observed that this model is also being followed by many countries, Somalia and Ethiopia being two of them.

According to recent reports, Somalia too will set up a new a deep-water port on its northern coast with a road link establishing a new trade route between the city of Gara’ad and the southern region of Ethiopia.

Also Read:  Ethiopia and Somalia are scripting history with a joint infrastructure project

Now, Ethiopia is also set to gain from both the ports in Djibouti and Somalia once it gives free passage to South Sudan for transportation of goods. Building roads linking the three countries for ease of transportation of goods will give a further impetus to Africa’s economy and infrastructure which will surely help in unlocking the tremendous trade potential of the African continent.