Ethiopia and Somalia are scripting history with a joint infrastructure project 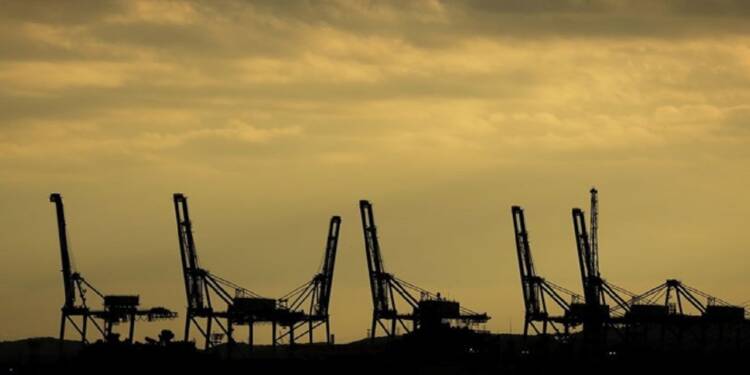 Foreign direct investment (FDI) in Africa has largely been devoted to the extraction and export of natural resources for more than a century. The tendency has reversed in recent years after a shift in the tide since the late 2000s. Market participants now tour Africa more routinely for its people along with its physical assets because of the potential they hold.

Petroleum and mining currently make up a smaller portion of long-term capital inflows as investors devote more of their emphasis in the telecommunications, retail, livestock, and services sectors.

This optimistic diversification and transformation is brought about by the continent’s expanding democracy and stability. Less people fall under the category of being extremely destitute, and democratic institutions are more well-established and respected. Although these socio-political developments are still in their nascency and are volatile, they offer a glimpse of the promising future that Africans will cultivate.

Despite the continent’s unparalleled rate of growth in the recent years, development is still uneven and opulence is still mostly confined to a small number of regions. For instance, coastal nations with integrated seaport hubs like Ghana, Cote d’Ivoire, and Senegal have GDP per capita that is about twice that of other nations. 17 of the 54 nations in Africa are landlocked, and as a result of their barriers to international trade and high transportation costs, these nations have poor levels of international competitiveness.

You see, due to their isolation from lucrative segments, reliance on coastal neighbours for access to the ocean, and lack of other viable transportation options, landlocked economies confront a range of economic challenges that render their infrastructure weak and susceptible to the policies of their neighbours.

When regarded from a larger perspective of the costs and benefits associated in other markets, the unilateral blockage policy to ocean access imposed on the landlocked countries by the coastal economies may not be optimum. Many reaearchers have argued that it is crucial for the landlocked economy to negotiate the domestic policies with its coastal neighbours in order to persuade them to agree to a lower degree of obstruction, making the landlocked economy less vulnerable to the caprices of its neighbours’ economies. Recently, it has been seen that several African countries without coastlines are embracing this growth model.

The latest case of Somalia and Ethiopia:

According to recent reports, Somalia will set up a new a deep-water port on its northern coast the following month, with a road link establishing a new trade route between the city of Gara’ad and the southern region of Ethiopia.

The development is part of a $531 million investment plan aimed at boosting the export of livestock, fish, minerals and agricultural commodities, according to Saed Faadi, the chief executive officer of Wadagsan LLC, the developer.

“The port will also provide easy access to food imports from the outside world,” Faadi said in an interview. “This will allow food to be less expensive and enhance food security in the region, which is plagued by droughts and famine,” he further added.

Bilateral cooperation between a landlocked nation and its coastal neighbour affords the chance for both nations to reform their internal policies in concert and thereby enhancing their own economies.

Landlocked nations’ advancements will also assist their seafaring neighbours through increasing trade and freight. For instance, when Ethiopia’s expanding potential is coupled with a trading route through coastal Somalia, there are tremendous opportunities for both the Horn of Africa countries.

You see, Ethiopia became landlocked and reliant on its neighbours, especially Djibouti, for access to global markets when Eritrea separated from Ethiopia in 1993. Ethiopia’s ambition to become the undisputed regional power in the Horn of Africa has been impeded by this dependence. Thus, having access to another port improves its strategic economic interests and security.

The infrastructure project is also very important to Somalia since it aims to support the country’s aspirations for increased international recognition, economic growth, and fulfilment of public expectations for better living conditions. For instance, in terms of the economy, investments will be made in Somalia’s transportation, hospitality, and fishing sectors.

The aforementioned case study makes it very evident that it is crucial to recognise the importance of economic interdependence between landlocked nations and their coastal neighbours. A collaborative atmosphere for development has rewards outside of the intended beneficiaries. African countries would advance more expeditiously as a whole and enter a new era of self-sufficiency if there is more cooperation between the coastal and landlocked countries of the continent. This becomes especially important in light of the global protectionism that COVID-19 has induced.

Furthermore, Africa’s aspirations for strategic autonomy would receive additional impetus if its reliance on Western powers were reduced. Make no mistake, if a continent with abundant natural resources like Africa makes rational choices, it can soon become a significant participant in the geopolitical arena.

Collection of 32 Leo quotes and captions