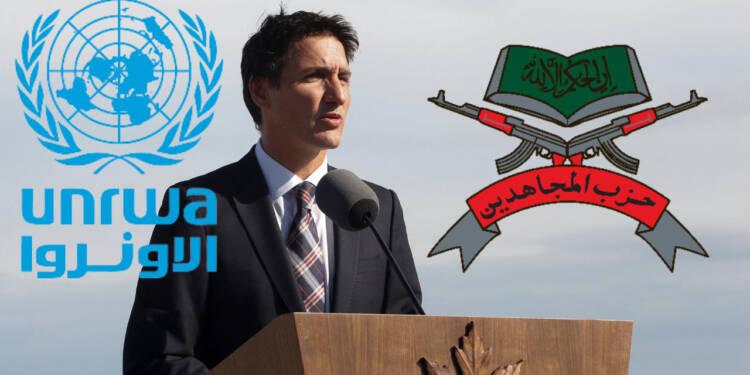 You protest against the Liberal government and they’ll track your financial data and cease your assets. But, if you ask them how they vet potential recipients of Canada’s foreign aid spending, your question stands unanswered.

We know, the Canadian Prime Minister has overseas interests. You ask him to solve the airport crisis, he will fly through his private jet overseas to enjoy a vacation with his family. You ask him for money to solve the healthcare crisis, he will throw bulky funds overseas to fund some terror outfits. So, amidst Trudeau spending his time and your money overseas, he has been caught off-guard funding terrorists.

Canada has been providing hefty amounts in foreign aid but if you ask them for the usage data, they will simply say “we haven’t maintained it”. Global Affairs Canada responded to an order paper question from Conservative MP Michael Barrett by admitting it does not maintain the data to provide a proper answer.

When it comes to providing foreign aid, the Samaritan in Trudeau never falls behind. Be it Pakistan, or the war-torn Ukraine or Palestine, without leaving any stone unturned, Trudeau has sent billions of dollars of aid. But, being a taxpayer,  if you are asking them for details, then probably you’re backing the wrong horse.

We know, all these countries have terrorism ties and are home to some of the major terror outfits of the world. But, the Canadian Prime Minister does not have the audacity to end aid to these nations.

Recently, Michael Barrett asked for details about how Global Affairs Canada vets potential recipients of Canada’s foreign aid spending before the funds are doled out, including searching Public Safety Canada’s terrorist entity list. Barrett also inquired about the potential denial of ending funding to recipients based on terrorism ties since Trudeau took office.

Read More: Trudeau is hiding an ISIS operative, probably in a safe house in Canada

And guess what? Global Affairs Canada did not answer any of the queries. Instead, it admitted to not maintaining the data to answer accurately.

“The level of detail of the information requested is not systematically tracked in a centralized database,” wrote Global Affairs in a response to the inquiry.

Not to mention, the government was able to keep a track of the financial data of the Canadians who peacefully supported the Trucker’s protest. It readily turned over their financial data to banks and insurance companies to freeze their assets as part of the invocation of the Emergencies Act. But, when it comes to foreign aid, Trudeau decides to keep schtum.

If we look at the 2016 reports of Candice Malcolm published in the Toronto Sun, the Trudeau government announced funding to a UN organization, which has reportedly, open ties to Islamist terrorists.

Yes, you heard that right.

The government announced it would send $25 million taxpayer dollars to the United Nations Relief and Works Agency (UNRWA), an organization that is supposed to provide relief and social services to Palestinian people. This may not seem out of the ordinary, since Canada funds all sorts of UN projects and schemes. But UNRWA is not just another UN agency. UNRWA has, according to various experts, been infiltrated by Hamas members and sympathisers. Hamas is an Islamist terrorist group, as designated by the Government of Canada itself. UNRWA has a long and sordid history of supporting terrorism.

According to a report from the Mideast Freedom Forum, UNRWA schools and textbooks “propagate a climate of violence” and undermine a peaceful and constructive understanding of Jewish people and the state of Israel.

UNRWA still hasn’t cleaned up its act, and has demonstrated no desire in that direction. Then why is Justin Trudeau sending Canadian money to a group associated with hatred and terrorism?

Read More: How Canada amplified global terrorism by manufacturing a crisis in Libya

Maybe because the liberal poster boy doesn’t believe in the preeminence of Canadian values like justice, peace, freedom and democracy. He believes that all cultures are equal. That is why he admires communist leaders in Cuba and China, and that is why his government never shies away from funding Islamist terror activities.