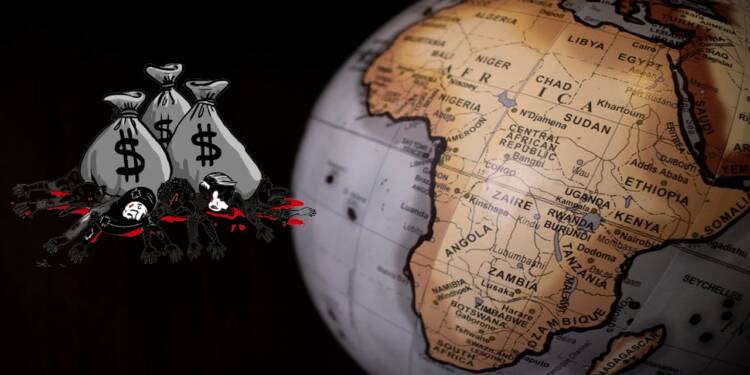 The International Monetary Fund (IMF) has insisted during the past few decades that it is dedicated to reducing poverty in the developing nations. The IMF’s provision of concessional financial support through the Poverty Reduction and Growth Trust for low-income countries is often touted as an evidence of the Fund’s interest in lowering poverty. Although the IMF states that reducing poverty is one of its priorities, numerous studies reveal that poverty rates are higher in IMF borrowing nations. Moreover, IMF loans come with strings attached called “conditionality”. Controlled by the world’s capitalist states, the organisation frequently compels governments in Africa, Asia and Latin America to undertake hard austerity measures, even when it is well established that welfarism ought to be the distinguishing feature of developing countries.

IMF has long championed the interests of its American patrons by advancing policies in Africa that harmonized with US foreign policy objectives. And the recent IMF report, which urges sub-Saharan African governments to “be cautious about macroeconomic reforms,” is no different. Let me explain.

Also Read: Here’s why USA’s “Operation Zimbabwe” against Russia is a dead duck from the start

The IMF frequently engages in economic reform projects in developing nations, which typically include loans with accompanying economic-policy requirements. IMF funds are provided by the 189 members of the institution, who make deposits (called quotas). Although the advantages of receiving IMF loans for recipient nations may appear evident, but what motivates specific creditor nations to make financial contributions? The answer is ‘power’. The vote a government has on the board of governors and executive board increases with the amount of funding a nation contributes.

You may comprehend the influence that the United States commands in the IMF given that it presently holds 16.5% of the votes.

Has America manipulated politics to force the IMF to pursue objectives outside of its purview? Absolutely yes, there is a plethora of academic evidence that substantiates this assertion.

The first systematic evidence is presented by Thacker’s (1999) ground-breaking work. He illustrated that a country’s realignment with the US boosts the likelihood of receiving an IMF loan as determined by. This fundamental finding—that voting in line with the United States corresponds with better treatment from the IMF—is supported by a large number of further studies.

The United States has long attempted to obstruct the ascent of Africa using its minions like the IMF, WTO etc . You see, the West would never benefit from an assertive Africa. Africa’s enslavement served as the foundation for the riches of western nations.  The rapid development of the so called developed countries invariably depended upon what Andre Gunder Frank called the “development of under development” of poor countries across the world and notably Africa and more specifically Sub- Sahara and East Africa.

In order to promote African countries’ so called “development,” the International Monetary Fund (IMF) and World Bank (WB) adopted SAPs in the 1980s. In reality, the loans/SAPs, which decimated African economies and agriculture, were merely methods of debt trapping. Once a nation is in debt, it is simple to maintain power over it. African nations’ economies were hollowed out by SAPs, which also force-integrated the continent into the US-dominated global political economy.

The sudden attention that Africa has received owing to its vast resources because of the Ukraine war has led the West to gang up against Africa in order to stop it from developing. As the African continent is gradually realizing the importance of carrying out economic reforms, the IMF has asked it to stop doing so as it doesn’t suit the West’s ‘Exploit Africa’ agenda. How Ironic it is that on one hand IMF is concerned with food shortages across Africa; while on the other, it is asking Zambia to refrain from carrying out economic reforms such as ban on wheat exports. The cat is now out of the box, it is now clear that the West just does not want Africa to develop and be self-reliant. The recent statement by John Kerry, asking African nations to stop carrying out any oil and natural gas projects as it will have a negative impact on climate, along with the more recent statement of IMF asking the continent to refrain from carrying out macro-economic reforms, simply shows a sadistic mindset of the west. The mentality of ‘If not mine, then no one’s ‘ is not going to bode well for the west. Therefore, the African nations should regard any reports from these prejudiced organizations with prudence.