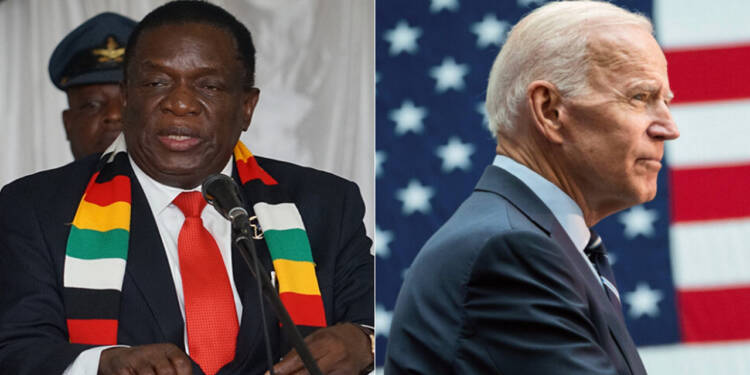 Shame, Shame, Shame we say to the United States of America…”, these are the words of Robert Mugabe when he addressed the UNGA in 2013, Mugabe was one of the most controversial figures of Africa. He was so influential that the USA had to sanction Mugabe and 76 other high-ranking officials for undermining ‘Democracy’ in the ‘impoverished’ Zimbabwe.

When the USA proposed lifting sanctions from Zimbabwe it came as a stunning surprise as the United States had imposed sanctions on it since 2003 when the Bush Regime was in power.

In the year 2003, towing the lines of EU in sanctioning Zimbabwe Bush said, “Over the course of more than two years, the government of Zimbabwe has systematically undermined that nation’s democratic institutions, employing violence, intimidation, and repressive means including legislation to stifle opposition to its rule” (sic)

But understanding Zimbabwe is not that easy and to understand the importance of the landlocked Southern African nation of Zimbabwe we have to delve deeply into its geography.

When you take a closer look at the geography of Zimbabwe you will find mines of gold, diamond, platinum, palladium and many other minerals. Mineral exports account for about 16% of Harare’s GDP.

According to a report, mineral exports of Zimbabwe were worth $ 1 Billion dollars in the Q1 of 2019 with gold leading the ranks among other minerals. But again the question here is, why is the US trying to woo such a small country like Zimbabwe on which it has imposed sanctions for almost two decades? The answer lies in the influence and political clout of Zimbabwe. Apart from being a mineral producing giant Zimbabwe is also a great power in the African Union. It is these mineral and gold deposits that have the West scrambling up to forge new bonds with Zimbabwe.

Carrot and Stick approach of USA

The carrot and stick approach of the United States of America is not hidden from the world. It was using the stick till now in the form of sanctions. And it was Russia and its ally African nations which helped Zimbabwe in braving the sanctions of the USA and the EU.

Apparently, after failing in their ‘stick approach’, the US moved to its carrot policy in the form of proposing removal of sanctions and wooing Harare to join its camp in the upcoming US -Africa Leaders Summit. A move that has written selfish intentions all over it.

In the aftermath of the Ukraine-Russia crisis it is a worldwide phenomenon that countries in the Russian camp are not suffering from fuel or food shortages. According to the UNGA’s report, Malawi an ally of the USA is facing the worst food crisis in a decade which requires $ 81 million in aid for relief. Whereas pro-Russia Egypt is not facing any such issues after diversifying its grain imports.

Why is the USA’s operation Zimbabwe a dead duck?

Today, when we see the former colonizers who held Zimbabwe under their boot till 1980 are preaching democracy to it. And the same is with the neo-colonist USA which imposes sanctions at the drop of a hat is now wooing Zimbabwe after two decades of cutting Harare off from international trade. The US knows that the upcoming century is the African Century and it doesn’t want to lose Africa, specifically it’s resources, completely from its sphere of influence. On the other hand, the traditional arch nemesis of the US, namely Russia is making its presence felt across the continent. Rather Russia has in some sphered proved to be a few steps ahead of US, when it comes to having cordial relations with African nations.

It is also important to note that apart from helping Zimbabwe against the USA and EU’s sanctions it was Russia (then USSR) which helped Zimbabwe gain its independence by providing arms and other essential supplies. Despite the West shunning Russia from major global platforms Zimbabwe recently hosted Russia’s third highest ranking official Valentina Ivanovna Matvienko, chairperson of the Federation Council of Russia. During her visit, Alexander Rusero, the Head of the international relations studies at Africa University in Zimbabwe said that the nation’s ties with Russia are both ideological and historical. Additionally, Zimbabwe has also reciprocated its support for Russia, by allowing the gold business of Belarusian officials, who were basically Russian conduits within its territory.

The US should know that an abrupt move of removing a 2 decade long sanction regime and then telling Zimbabwe that US is now its ally will not work; Zimbabwe has been aware of such half-baked proposals which are nothing but traps laid by Neo- Colonists. Zimbabwe will indeed ditch the US as it ditched the petrodollar and embraced gold when the dollar fueled the inflation in the country. It is rather true that a friend in need is a friend indeed, and Zimbabwe has no justified reason to side with US.