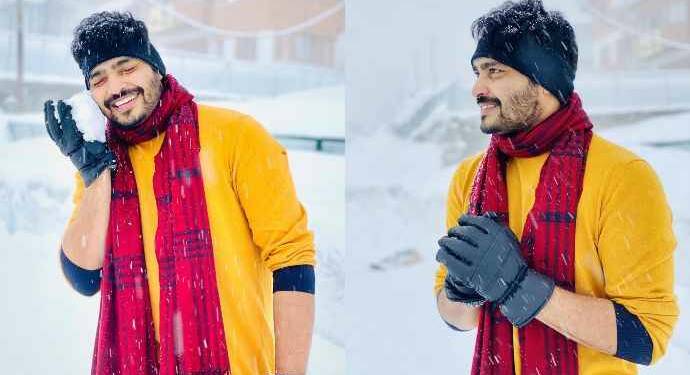 Ravi Krishna is a former Indian actor who worked in the Tamil and Telugu film industries. He was born on 2 March 1983 in Mumbai, Maharashtra. In this article we are going to talk about the biography, career, notable works, films and family of Actor Ravi Krishna so read the article till the end.

In 2008  he worked inBrahmanandam Drama Company which is in Telugu

Ninna Nedu which is in Telugu

In 2009  he worked in Kadhalna Summa which is in Tamil

Ravi Krishna’s debut from film 7G Rainbow Colony, which is directed by Selvaraghavan and produced by his father A. M. Ratham. This make him winning the South Filmfare Award for Best Male Debut of that year, amongst other minor awards.

Before starting to shoot for the film, he took a one-month training in acting at the Film Institute in King’s College London. Following that, he acted in S. A. Chandrasekhar’s Sukran, sharing screen space with fellow actor Vijay, the Radha Mohan-directed family drama Ponniyin Selvan and the action-masala flick Kedi, under his brother Jyothi Krishna’s direction.

The films, all produced by his father, received poor reviews and did not do good business at the box office. His first direct Telugu venture Brahmanandam Drama Company was also a box office bomb, with Ravi Krishna lamenting that the film failed to succeed due to poor budgeting and publicity.

His next release was the bilingual Netru Indru Naalai / Ninna Nedu Repu and in 2009, he starred in Kadhalna Summa Illai, a partial reshoot of the Telugu film Gamyam. Aaranya Kaandam, termed as the first neo-noir film in Tamil cinema was his last film.

After completion of his schooling, Ravi Krishna went to London where he pursued a BA degree in Multimedia. He completed his diploma in Interactive communication at Pentamedia, while also concentrating on his career in multimedia with non-linear film editing at Sam Media.

He disclosed that he never intended to become an actor, but he join industry as an actor when he visited India for Easter.

Ravi Krishna is Son of famous producer A. M. Ratham. He made his acting debut in Selvaraghavan’s critically acclaimed 7G Rainbow Colony. He has won Filmfare Award for Best Male Debut – South for his performance in that movie.

We hope this biography article of Ravi Krishna will be helpful for you to understand his journey and works.