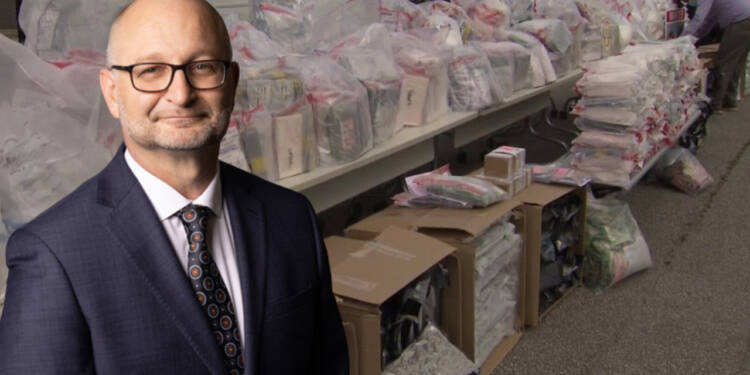 People involved in drug trafficking can’t be subjected to conditional sentence orders. People with significant criminal records under their names are allowed to wander like free spirits. The government’s bill makes it easier for serious criminals to get out of jail. What is wrong with Canada?

In a recent statement, the attorney general of Canada has come up with some bizarre statements. Liberal Attorney General David Lametti excused drug dealers by saying that they are misguided and working to “put bread on the table” in defence of his government’s wish to repeal minimum sentencing for certain drug traffickers, True North reported.

Wow, so kind of the general to care about the bread of criminals.

Lametti said while speaking before the Senate Committee on Legal and Constitutional Affairs, “You couldn’t have conditional sentence orders for an Indigenous mother who was caught in very light traffic in order to put bread on the table.”

That’s the kind of social problem that needs to be attacked at its roots, ” he added in defence of Trudeau’s regressive law.

What is this regressive law?

In December 2021, the federal government in Canada introduced “Bill C-5: Mandatory Minimum Penalties to be repealed” (Bill C-5) in the House of Commons, which would repeal mandatory minimum penalties for drug offences and some gun-related crimes. Bill C-5 seeks to address the “systemic racism in Canada’s criminal justice system.” As the government’s backgrounder states:

“We have heard from Canadians, the courts, and criminal justice experts, and seen the evidence of the disproportionate representation of Indigenous peoples, as well as Black Canadians and members of marginalized communities, both as offenders and as victims. The proposed legislation would help to address these issues. It would also ensure courts can continue to impose tough sentences for violence and serious crimes. “

However, Senator Denise Batters accused the government of passing a bill that would make it simpler for violent offenders to get out of jail and wouldn’t deal with the issue of drug addiction.

By repealing such laws, the Trudeau government believes that they are repealing “failed” conservative policies and that conservatives’ being “tough on crime” wasn’t a good idea.

Trudeau said nothing in the bill prevents or changes the requirements for police to charge people or for prosecutors to pursue convictions in court. He said repealing the policies will address “the over-representation of black Canadians and Indigenous Canadians in the criminal justice system.”

Is this really justice?

The Canadian prime minister is going after law-abiding Canadians but going soft on gangsters. This is a clear mockery of the justice system. The liberal Attorney General is trying to defend Trudeau’s another regressive law. But what about the Canadians who are still scarred by the recent mass stabbings? The street gangs in Canada will continue their heinous crimes. And the liberal poster boy will continue to stay tight-lipped.