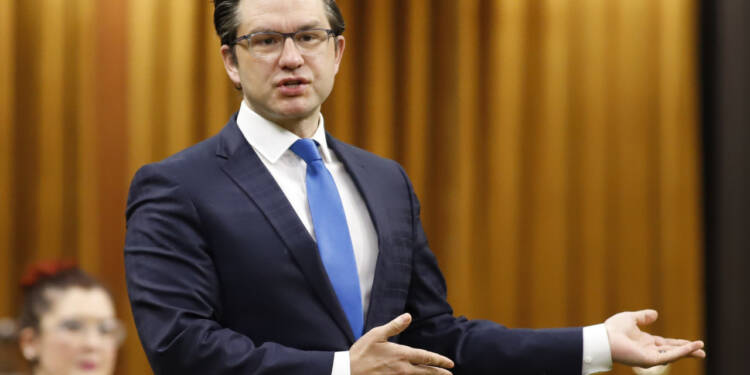 Source: The Globe and Mail

The Conservatives in Canada are picking up pace at unprecedented rates, and this might be dead scary for the Liberal Party. Ever since Trudeau took office, he might have had very little resistance. But now he must contend with an official opposition leader whose charm is, in fact, much greater than his.

Pierre Poilievre, the leader of the opposition Conservative party, is ready to take over Canadian politics by storm. Word is that he has already started rehearsing and initiated the lookout for candidates that would soon grace his cabinet of critics.

Conservative Leader Pierre Poilievre is holding one-on-one meetings with each Conservative MP to gauge their interests as he prepares to assemble his front bench of critics.

The Official Opposition Shadow Cabinet is an important inclusion in the Canadian parliamentary system. It is composed of members of the main opposition party and is responsible for holding the government to account and for developing and disseminating the party’s policy positions.

The meetings took place ahead of the expected announcement of Poilievre’s shadow cabinet next month, according to multiple sources.

Poilievre would soon rally experienced and loyal MPs to take on Trudeau’s cabinet members head-on. It would indeed be very difficult for PM Trudeau and the Liberal leadership to push policies and engage in discussions with the conservatives amid troubling times.

Trudeau’s sins are slowly catching up with him. A recent poll shows Trudeau’s approval rating at record low levels. 53% of the people polled disapprove of his leadership. The poll came after a previous survey indicated that the Conservative Party had maintained a comfortable lead over the Liberal Party.

From calling snap elections amid the deadly corona wave to branding protesting truckers as terrorists, Trudeau’s tenure has been surrounded by controversy. His repeated attempts to control information by bringing about laws like C11 have been seen as ways to quash democracy and freedom of speech.

The healthcare sector is in shambles, Ottawa has no foreign policy of its own and is governed by the US and inflation hit a record 39-year-old high in June. You see, this makes things actually quite simple, as Trudeau has inflicted a majority of damage on himself and the shadow ministers would have to do nothing but highlight the issues and present viable and practical solutions.

Still, there’s a significant amount of work to be done by Poilievre since he became the leader of the conservative party.

Read More: Why the Liberal Party won’t give Trudeau another chance

You see, Poilievre is probably the most efficient counter to Justin Trudeau and the liberals. The Conservatives are already leading in polls, and Justin Trudeau is set to depart as the face of the liberals, or else he could trigger a historic vote split between the Liberal Party and the NDP owing to the declining voter confidence in him.

All the numbers seem to be adding up for the Conservatives, with Poilievre heading towards a comfortable victory in the next elections. Mingling with the Shadow Cabinet would indeed give him some experience and confidence before he would be heading towards grabbing the Prime Ministership of Canada.