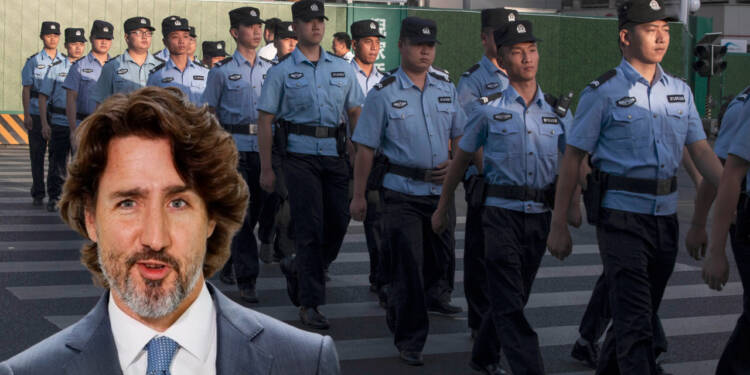 In a recent happening, the Chinese government has reportedly set up some unofficial police “service stations” throughout Canada. These “service stations” are under the Fuzhou Public Security Bureau (PSB). According to the Globe and Mail, at least three of these stations are located in the Greater Toronto Area only.

The stated purpose of these stations is, ‘to help Chinese nationals with tasks like submitting neighborhood police reports or renewing expired documentation or helping with driving licenses. Simple and helpful, right?

However, multiple media and government analyses indicate that these service stations frequently go beyond that jurisdiction. Actually, the proclaimed service stations are instrumental in blackmailing “alleged” criminals to return to China to face justice. A European NGO, Safeguard Defenders, said official documents show that from April 2021 to July 2022, more than 230,000 people were brought back to China in this fashion.

Well, you might find no fault with the Chinese endeavoring to extradite their criminals to face justice. However, the whole process is a pressing human right concern.

Many times, the “alleged” individuals become targets of corruption and are forced to submit to crimes they did not commit. Close kins of the “alleged” criminal residing back home are often dragged in the process, with reports detailing the use of heavy-handed punishments if the accused don’t comply. Methods such as denying children the right to go to school or demolishing their houses are becoming common to make the accused obey the orders.

It is indeed shocking that an agency like the Fuzhou Public Security Bureau has been given a free hand in a migrant-friendly nation like Canada. Ottawa has always welcomed oppressed people from all over the world and the PM’s attempt to quash Canada’s international image by allowing violent Chinese units to work in Canada is outright unacceptable.

One would wonder why the Canadian PM complies with the Chinese authorities at all. You see, the CCP had a big role in ensuring the victory of the liberal camp in the 2021 Canadian snap elections.

The CCP reportedly instructed its social media giants to push pro-liberal content before the said elections. The move implanted an anti-conservative image in the minds of the large Chinese community residing in Canada.

So, basically, the Liberal champion Justin Trudeau is at the helm of power only because he prostrated before his ideal masters in Beijing and now it’s time for him to pay back his dues.

Trudeau is also reportedly being pressurized to make things difficult for the Hong Kongers who found refuge in Canada. For those who don’t know, the Hong-Kongers fled to Canada in the aftermath of the violent protests that erupted in China owing to the passing of the National Security Law in Hong Kong.

Read More: Trudeau is going to hand over hapless Hong Kongers to CCP for persecution

The Liberal administration has also been reluctant to renew the three-year work permit that the asylum-seekers received when they first entered Canada. In the absence of a permit, there is a big possibility that deprived Hong Kongers would be deported.

Now, talking about the reaction of Canada’s neighbors in the south to these moves of Trudeau administration, unquestionably, they are not favourable.

Allowing the presence of a Chinese agency is indeed a big security risk to both Canada and the USA. The Chinese diaspora in Canada could be blackmailed using the former’s relatives back home and could be misused to carry out activities that, in turn, will threaten the security of both Canada and its neighbor.

It is natural that the Americans, as soon as they realize the extent of this threat, will duress Trudeau to let go of his love for the Chinese. It will indeed be entertaining to watch how Trudeau copes with the pressure when all his fallacious moves come to bite him in the back.