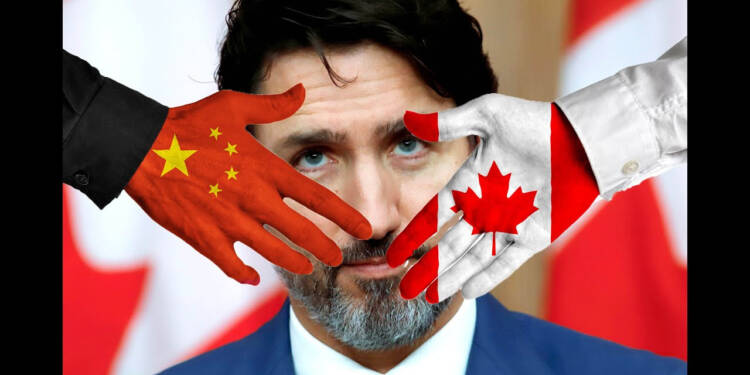 Canada is one of the most favoured destinations for refugees. The doors in Canada are always open for asylum seekers. Justin Trudeau has provided refuge to migrants from all over the world, including the Hong Kongers who have fled China in the hopes of finding refuge in Canada. But, little did the poor Hong Kongers know that Mr Trudeau would rock the boat later.

In 2020 when the National Security Law was passed, Hong Kong was rocked by violent protests. The law saw widespread criticism, and the demonstrations are believed to be the largest in Hong Kong’s history. Thousands of dissenting voices were arrested and baton-charged. In short, the status quo of the city was in hot water.

So, the Hong Kongers fled China to save their skins and sought refuge in the most coveted destination- Canada. But, little did the Hong Kongers know that Canada has changed through leaps and bounds under Trudeau.

Canada, like the United Kingdom, Australia, and other Western nations, has slammed the national security law and Beijing’s tightening hold on Hong Kong, including the city’s latest electoral system reform. With new visa rules that enable Hong Kong graduates of universities outside Canada to apply for a three-year work permit, Canada initially made it easier for Hongkongers to move there.

But now, the country seems to have changed its course. You see, it was through the violent protests that saw light in Hong Kong that people sought refuge in Ottawa. But now, a fear of getting imprisoned once they return to their homeland is looming large over their heads. The Asylum seekers who were once thankful to the Canadian government for the open work permit program that Canada started last year are now resentful as the programs are yet to be renewed.

The Canadian government seems to take no steps in favour of renewing the program, which is becoming an apple of discord. The Hongkongers are worried that if they return to their homes, they will be imprisoned.

But why is Trudeau doing that? After all, what else do you expect from a Chinese stooge?

You know, Trudeau has been hesitant to oppose China’s repressive policies in any way. Prime Minister Justin Trudeau’s administration in Canada has not yet developed a public foreign policy approach to deal with China. When most of its allies and democracies have firmly recognised the China threat.

The fact that there is a sizable Chinese diaspora in Canada—the majority of whom are from mainland China—is one explanation for this. This Chinese community usually reiterates its support for Beijing. Additionally, they serve as Trudeau’s vote bank. These Chinese Canadians are also members of the ruling parties in the country.

Recently, dozens of Chinese Canadian associations have echoed Beijing’s positions on the ongoing tensions between China and Taiwan. In declaring support for Chinese “reunification,” they have said  Taiwan is a “sacred mission of all Chinese sons and daughters at home and abroad.”

In fact, recently, after a parliamentary committee took into consideration a trade visit to Taiwan, Beijing’s response was swift, with its Ottawa embassy vowing “resolute and forceful measures” against any country interfering in China’s territorial integrity.

Read More: Living conditions in Canada are so miserable that even Ukrainians are complaining

Furthermore, Hong Kongers in China are also targeted by Beijing for online activities, and there has been no response by Canadian authorities regarding the same.

So clearly, Trudeau has no sympathy for Hong Kongers but all its support for assertive China.

Hong Kongers are worried that there is no pathway for them to stay in Canada.

Meanwhile, there are still many hoping to get out of Hong Kong and move to Canada.

However if think it will happen, they are highly probably mistaken.

The ‘lifeline’ that Trudeau’s Canada initially flashed to the refugees is now fading away.

He is now going to hand the hapless Hong Kongers to die at the hands of the CCP.