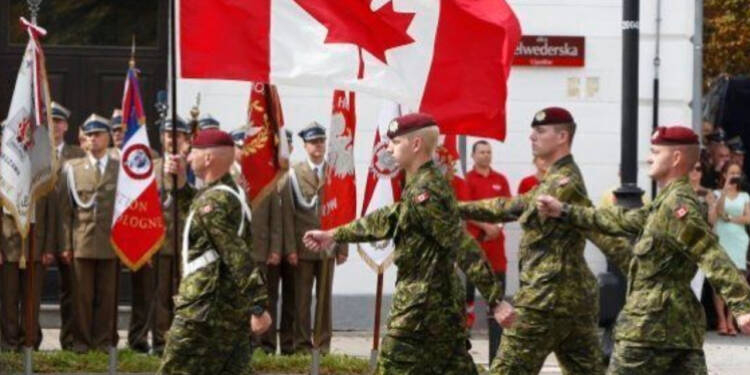 A nation’s defence is the most paramount undertaking that needs to be taken care of with the highest degree of precision. However, that does not seem to be the case in Trudeau’s Canada.

Canada under the Liberal party is going through a tough time. A severe healthcare crisis is in the making, the inflation rate is at an all-time high, and attempts by the government to quash the democratic rights of the people are an everyday scenario.

And if it was not enough, now the country’s armed forces are in crisis.

The Canadian Armed Forces are reportedly suffering from an alarming shortage of recruits to fill thousands of vacant positions. The shortfall is said to be so bad that the senior officers have branded the emerging situation as a crisis.

Canada’s military is supposed to be in a period of growth as new demands increase the need for trained soldiers, sailors, and aviators.

The Liberal government in 2017 did lay out a plan to add thousands of full and part-time positions, but the plan has not really shown much promise, and ironically, it is because the very party that presented the plan has not been instrumental in promoting it.

Fewer Canadians are now opting for a military career and it is not fully clear to the defence department why this is happening.

In fact, in an effort to solve the crisis, they have attempted the targeted recruitment of under-represented groups, including women and Indigenous people, and broader moves to create a more inclusive workplace by easing dress rules. However, the efforts have borne no fruit. Canadians continue to show little interest in defending the borders of their nation.

Officials say they are yet to figure out the reasons, but is it so? Or maybe the reasons are too embarrassing for them to address publicly.

According to us, there could be three reasons the Canadian military faces a recruitment crisis.

One of the reasons revolves around Canada’s inexperience in the field of battle. You see, Canada has long lived under the umbrella of the US for its security and has, as a result, not experimented enough to promote its own interests.

The Trudeau administration, like all other prior governments, has not endeavoured to promote an independent defence and foreign policy free from Washington’s influence.

As a result, the Canadian youth view their army’s inexperience as a path to a job that would guarantee boredom and provide no room for growth.

This brings us to reason number two, which is the strategic brainwashing of young Canadians. In recent years, the innocent Canadian populace has endangered the ideal of nationalism, which has evidently now been taken over by ‘wokeism’.

Extreme wokeism seems to have paralyzed a large portion of Canadian society. Because while adapting to a woke lifestyle, these young Canadians have embraced several other values but abandoned nationalism and patriotism.

The spirit of nationalism and the sense of duty to one’s homeland is slowly dying, all thanks to the Liberal Party and its unwavering support for the woke agenda.

The third reason, which is the incumbent PM’s repeated attempts to quash the democratic spirit by bringing degrading policies to conservative strongholds, has led to the formulation of anti-government sentiment.

You see, the political structures and ideologies inculcated in citizens play a significant role in determining the administrative system and formulating policies.  Evidently, in this case, it is the establishment of a certain atmosphere in the country by the ruling liberal party that is keeping the will of young Canadians from joining the defence forces and protecting their country. And this is about to spell the end of the country’s defence efforts.