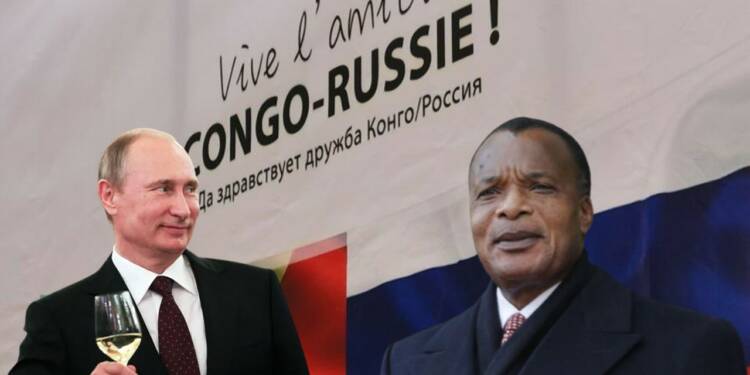 Ironically, it was the strategy of the EU to impose sanctions on Russia which backfired on itself and while today it is entirely a ‘lose-lose’ situation for Europe, Russia and Africa joining hands for deeper cooperation  could be the perfect ‘win-win’ for both.

In a recent development, Congo-Brazzaville and Russia have inked new cooperation accords for deepening bilateral ties.

Russian energy infrastructure constructor Prometey has been earmarked to build the project, though the financing and timeline remains unclear, as reported by African Insider .The project includes the planned building of a 1000km (625 mile) oil pipeline in the country.

The accords and memoranda signed, deepen ties going back to 1964 when Soviet Union had good relations with Congo. The accords now primarily focus on military links, relate to technology, communications, health, research and sports.

After Brazzaville has remained neutral in Russia’s conflict with Ukraine, it has now sought to foster closer links with Moscow mutually benefitting both the parties. Congo-Brazzaville was one of 35 nations that abstained in a UN vote condemning and calling for an end to Russia’s invasion of Ukraine.

The Central African countries have vast untapped resources including oil and gas reserves. However, despite being resource rich, it depends primarily on the Western imports for refined products.

Now, after having been dependent on imports and foreign aid primarily from the western nations, it is finally aiming for economic self-sufficiency. Africa has set the wheels in motion to throw off the shackles of Europe’s neo-colonialism and it no longer wants to be at the mercy of its former colonizers. These nations have come to realise that they will get nothing in return but, more of servitude if they continue to dance to the tune of the west.

Only recently, the Central African countries had signed a deal to create a regional oil and gas pipeline network to strengthen energy supply and reduce dependence on imports of refined petroleum products from the West. The project aims to construct three multinational oil and gas pipeline systems of around 6,500 km, storage depots, liquefied natural gas terminals, and gas-fired power plants linking 11 countries by 2030. This ambitious project is a symbol of African identity being upheld by the Africans themselves.

To add to this, it seems now the Central African nations have found a ‘friend’ in Russia. As the African countries slowly drift away from the West, Russia is steadily pushing into the continent.

The latest Congo-Brazzaville and Russia oil co-operation pact is just one example of Russia’s ever growing strategic engagement in the continent, much to Europe’s dismay.

Europe has condemned Russia for its war with Ukraine. The fear of global isolation has forced Russia to look for new allies. As Russia tries to win more friends, it has been quite successful so far in increasing in influence in the African continent. The success of Lavrov’s visit to Africa is quite evident now. Further, interestingly, many African nations had abstained from UN vote condemning and calling for an end to Russia’s invasion of Ukraine, which further proves the willingness of the continent to have Russia on its side, as it has had enough of the Western drama.

For the longest time, Africa had depended on Europe for aid for its growth. However, despite this aid, Africa remains the poorest continent in the world. Besides, the West could always dictate its own terms to Africa with its neo-colonial attitude and also suspend this aid at its own whims leaving the resource rich continent at the mercy of West forever.

Africa has realised that it needs to move away from aid dependency to trade and investment. Post the Russia-Ukraine war, African countries are looking to balance their relationships. African nations today have chosen to safeguard their interest and taking a rational decision based on that. Rather than unnecessarily antagonizing Russia or condemning it, as Europe would want it to, it is choosing to deepen economic ties that benefit the continent.

With the new accords signed with Russia, it can be argued that practically Russia is the first major foreign investor in the Central African region’s ambitious oil project, which gives it access to vast untapped energy resources. This could be the beginning of a new era of Russia-Africa cooperation and a quantum leap for its ever increasing partnership since the Ukraine war.