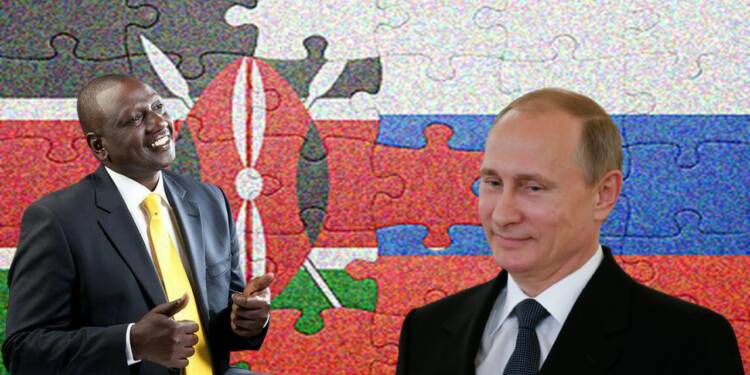 “I assume as President of Kenya”, When Kenya’s recently-sworn President Ruto delivered this statement after narrowly winning the elections; he meant it from his heart. Soon, after his election as the Leader of Kenya, Ruto didn’t waste time to get validation or anything from the West. He seemed to be on a spree of bashing the West. On 21 September William Ruto delivered his inaugural speech at the 77th session of the United Nations General Assembly. Ruto didn’t beat around the bush. He didn’t pass vague comments directed towards some country or Union; instead he went on full force at the UN.

William Ruto’s story from selling chickens to developing a knack to draw huge crowds as a good orator at rallies is very inspiring and makes him admirable by the masses.

William Ruto’s recent statements whether at the UN or in interviews cleared the fog around the speculations that Kenya will appease the West or toe its line in any manner.

When Ruto was hounded by the western media for the presence of Kenyan troops in the neighboring countries, he stated that Kenyan troops are present in Somalia because the instability in Somalia also affects the peace in Kenya and the soldiers will return home as soon as their goal is achieved.

On the question of KDF’s (Kenyan Defense Forces) presence in the Democratic Republic of Congo, Ruto expressed the side of Kenya by stating that DRC is the biggest mover of cargo on the Mombasa Port and problems in DRC are Kenyan problems and KDF will help DRC in wiping out the infamous M23 rebels. Ruto has realised the importance of an independent and flourishing economy which in turn lowers dependency on the western countries. Therefore in pursuance of his ambition to make itself and its neighbors economically independent, it has decided to first sort out the issue of insurgency and civil wars in its neighborhood.

Also Read: Kenya dispatches its troops to end the Rwanda-Congo conflict once and for all

Coming to the point of Russian oil, last week when the prices of fuel in Kenya skyrocketed after the new government slashed the subsidies which were being provided to keep the fuel prices under control. This further added up to the problems of the Kenyans facing deep economic hardship. According to The Energy and Petroleum Regulatory Authority (EPRA), the price of petrol increased by 20 shillings thus resultant price being 179.30 (about $1.50) per litre, while diesel and kerosene prices are up by 20 and 25 shillings respectively.

According to the government data, it has spent 144 billion shillings ($1.2 billion), which accounts for approximately 85 per cent of Kenya’s tourism earnings.

At the time of such a crisis the West and its stakeholders were absent from Kenya. No country, except Russia came forward to the rescue of Kenya in the times of crisis. But it was hounded for its decision to secure its interests whether economic or security.

In an interview with the BBC, William Ruto said, “I am now going to move on to the agenda of making sure that we have government-to-government relationships that will progressively now begin the journey to bring the prices of fuel down,”

He also stated that all options are open to Kenya and it will buy oil from willing countries, even Russia.

This move of Ruto will certainly put him at loggerheads with the US which is notorious for sanctioning countries at the drop of a hat. Ruto has risked relations of Kenya with the West as he knows Russia is the ticket to self-reliance whether it is oil or food grain. It is an open secret that the allies of Russia do not suffer from shortages as Russia is oil and food grain giant which helps its allies in the times of need unlike the West which tries to counterbalance the counterbalance with another counterbalance. Ruto is clear that there is nothing but more servitude and hollow promises which the West possesses and it can offer only that. In the name of help the West has nothing but aid which it provides through its puppet organizations. These organisations impose restrictions in the name of measures and force the receiving countries to act according to their whims and fancies. And the Kenyan President has refused to dance to the tune of west. The African continent is rising up to the west and is all set to assert its presence at the global stage as a key stakeholder in global issues.