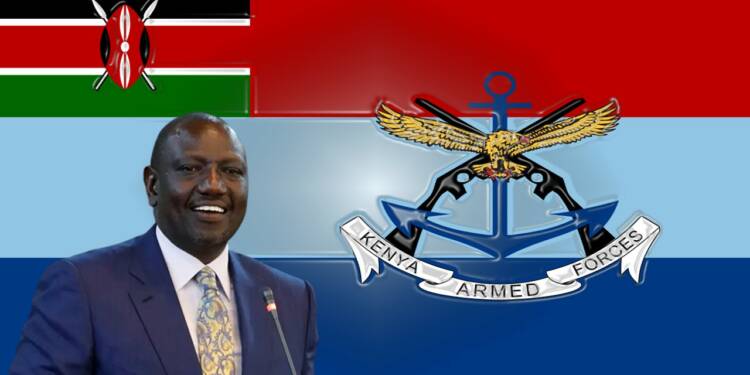 Kenya’s president William Ruto has said that he will be sending troops to Democratic Republic of Congo (DRC) to fight against the M23 Rebel group which operates in the eastern region of DRC and is being sent as well as backed by Rwanda. Dr Ruto said that as DRC is a part of the East African Community, it is the duty of every nation in the region to step in to put an end to the violence and terror perpetrated by the M23 rebels. He emphasised that just as the UN has a presence in DRC for mediation and military action, Kenya too will take an active role in ending the carnage. He added that there was no choice left and leaders cannot avoid these challenges as peace and stability are necessary because what is happening in DRC are Kenya’s problems too. Dr. Ruto called DRC an economic partner, recognizing the fact that a civil war stricken DRC, will have its ramifications on Kenya as well.

For years M23 has been operating in Eastern DRC. The M23 is a terrorist group which is infamous for its cruel and barbaric practices against civilians. This group has a long history of subjecting vulnerable poor people to unimaginable levels of torture and violence. M23’s involvement in dozens of war crimes, kidnappings, disappearances, massacres, assassinations, mass rapes etc make it one of the most dangerous terrorist groups in Africa.

M23 is funded by Rwanda; it has the full backing of its government. Rwanda is actively involved in war crimes in eastern DRC, time and again the international community called on Rwanda to put an end to its activities in eastern DRC but nothing has happened. M23’s reason for being in eastern DRC is its mineral resources. DRC is rich in gold and cobalt which Rwanda is trying to get its hands on and M23 has managed to gain control over the resources in some areas. In fact, M23 has created a smuggling ring with local gangs dealing in gold and selling it to international companies and businessmen. The funds generated from sales are used in purchasing arms and weapons.

Rwanda voted in favour of Ukraine at the UN Security Council to appease its western masters. Despite committing acts of terror and promoting violence, the US and the EU are supporting it as they to eye the resources in eastern DRC. On the contrary, Democratic Republic of the Congo has good relations with Russia.

Ruto made a tough call

In these circumstances, the decision taken by Kenya’s president William Ruto is drastic. As leader of one of the important nations in the East African Community, he realises the significance of an African unity needed for economic development and growth. It won’t be wrong to imply, that in a political terrain such as that of the African continent, that problems of one country take no time to become the problems of another. Kenya in its far sightedness has realized this and is now taking steps to help DRC, which also is one of its major economic partners when it comes to earning revenue from the Mombasa port. In fact, DRC is the third largest market of the Mombasa port and Dr Ruto stressed that 50% of imports of DRC go through it.

Several in western mainstream media have criticised him for taking a call to help DRC, they argue that Kenya has no business being in DRC and is interfering in its internal matters by deploying the Kenyan Defence Forces (KDF). However, such accusations are overshadowed by the commercial relationship between the two countries.

Kenya is taking a leadership role in the East Africa region. Ruto’s initiative is motivated by a longing for peace which is desired by most regimes and citizens in Africa. With the West now acknowledging the importance of Africa even more than before, the Kenyan leader understands that a peaceful environment is indispensable for a thriving economy, a successful democracy and rapid trade activity. And that peace can only be attained when tough calls are made. The decision to put Kenyan military in east DRC will not only help in preventing the suffering and violence that civilians are regularly subjected to at the hands of M23, but also in creating a conducive environment for an economy to thrive.

Unfortunately, Ruto will not only have to deal with Rwanda but also the West which has supported it. It will try its best to put hurdles in the progress of this mission which Kenya has taken up unto itself. In the name of sanctions, withholding of any economic ties, diplomatic isolation to allegations of human rights violations, war crimes and genocide, the US and the EU will try to smear Kenya in its effort to bring peace.