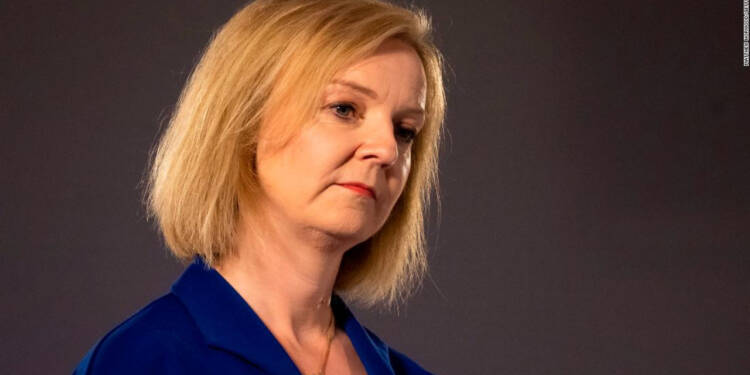 The political landscape of the UK is a huge mess and many would agree. London has witnessed an almost dramatic change in leadership in the past year. After the ousting of Boris Jhonson as the PM, fierce competition between senior tory MP began to replace Jhonson.

Eventually, Liz Truss, the former foreign secretary in the Jhonson cabinet defeated Rishi Sunak, the former Chancellor of the Exchequer to become the new PM of the UK. Her tenure however might be short-lived and if unfortunately, it isn’t – it would mark the beginning of the death of the British economy.

The conservatives MP’s already knew that Liz Truss was not a good candidate for the post of the PM and that is exactly why a majority of them allied with Rishi Sunak. However, Truss became the winner as the final voting was undertaken by the members of the Conservative party whose mindset is more reliant on morality rather than on practicality.

Liz Truss is not a practical leader and it seems like she lacks the guts to do the hard thing. She has been in the favor of minimizing taxes in a struggling economy, something that could create a serious cash flow problem. Her administration’s fiscal policies do not align with the Bank of Japan’s monetary policy.

Read More: Truss pounds ‘Pound’ within one week of her Prime Ministership

The developments seem to threaten the whole structure of the British economy. The government’s decision to bring about gas subsidies could eventually pave the way for a significant debt problem and Conservative leaders do not want to be the party in power when everything falls apart.

A former Tory minister MP has told Sky News the new Prime Minister is “f*****” and the party is already looking to bring her down following Friday’s mini-budget.

Another Tory MP told the broadcaster that Friday’s announcement – which included reversing a 1.25% hike in National Insurance – had been a “s***show”.

Truss signing the death of the British economy

The Truss administration is slashing down taxes like there is no tomorrow. The new Chancellor of the Exchequer – Kwasi Kwarteng is emphasizing the need to expand the size of the economy to achieve an acceptable standard of living.

The Liz Truss administration feels that toning down the taxes would attract talent and investment but that would actually be the biggest blunder in British financial history.

Kwasi Kwarteng’s mini-budget included a reduction in the basic rate of income tax to 19p in the pound – though this does not apply in Scotland He also undertook a pledge to scrap the cap on bankers’ bonuses that would eventually make an already privileged class much richer.

Read More: Liz Truss’s one statement that could make Sunak the next PM of UK

He also used the occasion to cut taxes for the wealthiest citizens, citing that the 45% higher rate of income tax will be a thing of the past.

The plan to increase the corporation tax from 19% to 25% has also been suspended.

According to Treasury estimates, the overall measures will cost nearly £45 billion per year by 2026.

This is indeed a big gamble. Understandably many nations offer a low tax or zero tax incentive to attract talent and investments but the demography and the political structure of the UK do not abide by the experiment that is in the making. The conservatives should forget about concerns regarding keeping the party image in place and should let go of Liz Truss before she spreads like cancer in the British financial system.