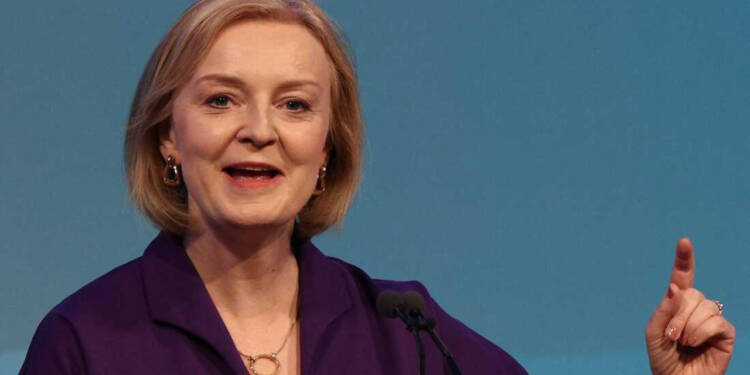 The newly elected PM of the UK – Liz Truss has undoubtedly taken over at one of the worst times ever. Maybe it is unfair but people do symbolically expect her to work wonders as she was the last PM to have been recognized by the Queen before the latter passed away.

However, it seems like the tories have made the worst choice and that too at the worst possible time. The UK is heading towards a recession, the pound has plummeted to its lowest level against the US dollar since 1985 and Truss’ recent subsidy would trigger its eventual fall.

Truss had been advocating for tax cuts ever since she started campaigning for the PM post and she did deliver on her promises but there’s a catch and it looks dangerous. London is under the impact of record-breaking food and energy inflation.

The incumbent PM brought about a subsidy plan to cap household energy prices. It surely would be hailed as a positive step to lighten the load from households but is it fiscally responsible.

Read More: UK has got a godsent opportunity to still stay afloat

Well, the plan is expected to place the UK treasury under £130 Billion of additional debt in the long run, something that has the capacity to orchestrate a currency dump of the scale similar to Black Wednesday of 1992.

The Pound Sterling is already in a bad enough condition and would surely plummet bad once debt piles up and the government would have to spend heavily against interest payments. The pound sterling, not being a dominant currency adds up to its misfortune because the fact would force investors to dump more and more once things start getting out of hand.

Sunak – A much practical leader

The UK’s external financing needs, as reflected in its current account deficit, rose from 2.6% of GDP during the first decade of this century to almost 4% of GDP by 2020. The number might not be bad, but is for sure alarming. The UK GDP is tanking as we speak and was overtaken by the Asian giant India which dethroned it from the list of top five GDP’s.

Moreover, the UK’s balance sheets indicated severe deterioration as a result of the sharp increase in its energy costs, which resulted in a record-high deficit of more than 8% of GDP in the first quarter of 2022 accompanied by significantly higher borrowing costs.

Read More: Liz Truss’s one statement that could make Sunak the next PM of UK

Truss should have taken notice of the happenings before turning her administration into a charity. Sunak had advocated against substantial tax cuts and increased spending in the initial days of his campaign. “It is not credible to promise lots more spending and lower taxes,” Sunak said in a speech.

Whereas, what Truss’ is doing is actually political and economic suicide that will destroy the Pound for good.

To sum it up, she is putting in place a price peg that will be both politically and financially challenging to remove. A deep recession would almost certainly follow if gas prices continued to rise, which would result in even higher interest rates, which would ramp up debt.  Furthermore,  the collapse of foreign financing would cause the currency to suffer collateral damage.