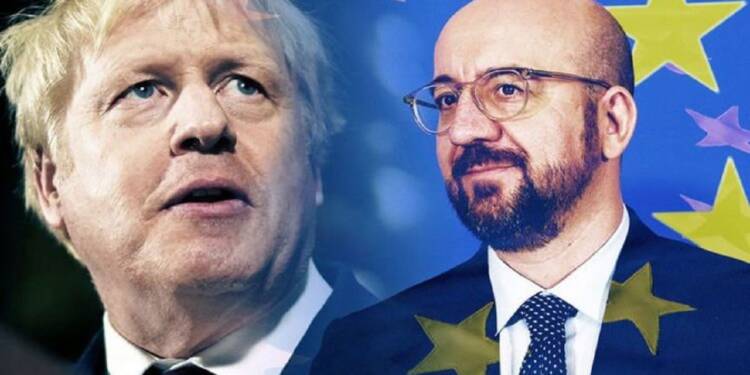 The UK will experience a recession before the end of this year, and sluggish growth is anticipated until 2024. According to the British Chambers of Commerce (BCC), the UK economy will experience three consecutive quarters of decline. BCC also predicted that the 3 .8% unemployment rates this year would rise to 4.1% the following year and in 2024. The unemployment rate is already at a 48-year-low in Britain’s history.

Whereas the Bank of England predicts that the unemployment rate will grow to 6.3% after mid-2023. It has also predicted negative growth for UK next year. Researchers at American investment firm Goldman Sachs emphasized the same and said that British inflation might reach 20% early in the next year if spiraling gas costs are not curtailed.

Evidently, the situation in UK seems grim and is only getting worse. Amidst this chaos, political instability is acting like a catalyst. The Boris Johnson episode and the new Prime Ministerial elections have been going on for ever. Europe which was tired of UK’s indifferent approach towards the continent and hell bent attitude to violate EU’s present laws has reached out to it.

The EU will extend an invitation for a conference to explore a new organisation unifying the democracies of the European continent as well as extending an olive branch to the future British prime minister.

Liz Truss, who is generally believed to be Britain’s next prime minister, will be asked to join other European leaders at a conference in Prague on October 6 to create a body called the European Political Community, which will be dedicated to advancing security across the continent.

Despite “difficulties” with the Northern Ireland protocol, European Council President Charles Michel said he had no doubt; the UK will be welcomed to the capital of the Czech Republic. This is in stark contrast to the earlier decision of not inviting Boris Johnson to an EU summit.

The offering of an Olive Branch to UK’s new Prime Minister is a notable one. UK has been growing aloof of Europe and its brotherhood. Its tussle with France has been duly noted. Even in new PM debates, Liz Truss’s “jury is out” comment on France President Emmanuel Macron further underlined the growing indifference between UK and Europe.

Even in the Ukraine war, UK has followed a different path and has toed the line of the United States. It has overwhelmingly supported Ukraine which is the total opposite to Europe’s reluctant support to Ukraine. By becoming the fifth wheel of US’ foreign policy, it has forgotten to have an independent foreign policy. It has helped US prolong the war in Ukraine, which in turn has played its part in aggravating the economic crisis.

High food, power and fuel prices have pushed the cost of living beyond the normal threshold level. The sky-high electricity prices have become a matter of concern and have led to a “Can’t pay, won’t pay” movement across the country. At this time, Europe can help it ease the crisis and an invitation to the European Political Community will serve as a course correction for its foreign policy.

Also Read: UK is doomed, and Belgium is making fortunes out of it

Michel said, “Even if we have discussions and difficulties on that (NI protocol) topic; in the broader perspective, there is no doubt that we are friends and that we need to continue to act together.”

Michel is a close political friend of Emmanuel Macron, the president of France, who first proposed the notion of the European Political Community in May. This community would encompass all of the democracies on the continent, including Ukraine and other western Balkan countries that want to join the EU.

This sets it apart from the European Union. Michel has said that leaders prefer an informal organisation that is “very flexible,” like the G7 or the G20. He said, “We don’t want a complicated structure.”

Furthermore, security is now Europe’s primary priority due to the ongoing conflict in Ukraine and the organization will focus on it. Macron has also proposed that the body would encourage free movement for young people and carry out collaborative work in the transport and energy sectors.

The UK has a chance now. A recently leaked report exposed how an “emerging” issue with training aircraft and a “damaging drain” of flight instructors leaving for careers in the civil industry have plagued the RAF’s fast jet pilot training leading to another crisis. Europe is trying to build bridges with the UK and London has got a godsent opportunity to still stay afloat amidst its security and economic crisis.