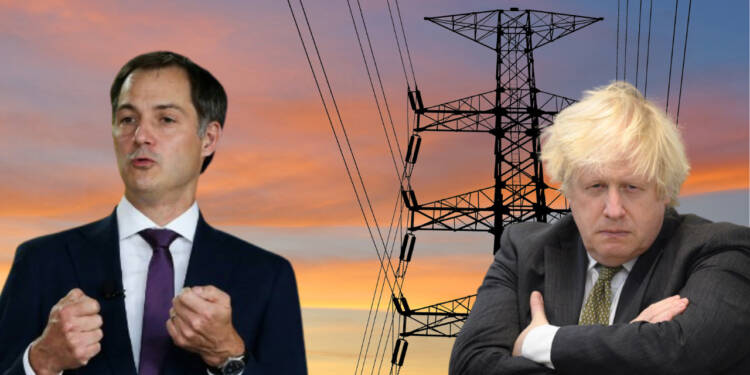 As of now, Europe has made an unenviable reputation of being an epicentre of the global energy crisis amid it sanctioning of Russian gas. And now, the UK which sat all hunky dory and aloof from the concerns of Europe is being gripped with the reality.

The UK, which is experiencing its hottest summer ever, is feeling the heat of an impending power outage. Taking the advantage of this situation, Belgium is making fortunes out of it.

n certain areas of the world, the effects of the conflict in Ukraine are still being felt.
The IMF predicts increasingly bleak prospects for all major economies due to rising interest rates, soaring food and fuel prices, and other factors, but the UK continues to be at the bottom of the list for 2023.

In addition, the UK’s annual inflation rate rose to 9.4 per cent in June 2022, the highest level since 1982.
Ordinary households are feeling the effects of it because they are having to pay more for basic necessities like food and petrol.

In this backdrop, London recently faced an imminent danger of a blackout.  On July 20, an increase in electricity demand crashed with a bottleneck in the grid which caused a temporary power outage in the eastern half of the British capital.

Nevertheless, if such power cuts keep recurring, the UK would face “severe economic consequences”. As mentioned earlier that the UK’s economy is already struggling due to high inflationary rates, these power cuts would impact almost every sector of the economy. Without a doubt, power outages have significant impacts on business continuity. They lead to reduced foot traffic, damaged perishable inventory, and an inability to process payments or communicate with customers.

Making a note of the recent power cut, the UK was able to avoid homes and businesses going dark by only paying a record-breaking amount which was more than 5,000 per cent of the average price of Belgium. Even though, the amount of electricity that was actually purchased at the record price was minimal- reportedly enough to power eight houses for a year, the payment highlighted desperation.

Though it is not that UK has imported power to prevent shortages for the first time but the price Belgium sought from the UK was exorbitant. In earlier instances, to import power and prevent a shortage, the UK spent a little under £1,600 per megawatt hour on one day. And then it had to spend a little over £2,000 on July 18, setting a new record. Shockingly, the cost increased to over £10,000 two days later.

Undoubtedly, it exposed how the UK is dependent on foreign interconnectors to import power, mainly from Belgium but it also exposed how countries like Belgium could take the advantage of the opportunity. Belgium should have offered assistance during this time of energy crisis that affects the EU, rather than grabbing the chance to further its own financial interests. This accurately predicts how European countries will look in the future when the energy crisis issue will cause them to stand split.

While the already spiralling inflation will serve as an early test for whoever becomes the next prime minister of Britain, such regular power disruptions also won’t go unnoticed by the UK citizens.