Politicians and parties, through data analysis understand the mood of the populace and accordingly create circumstances to call in early elections to secure mandates, thereby, quashing the spirit of democracy 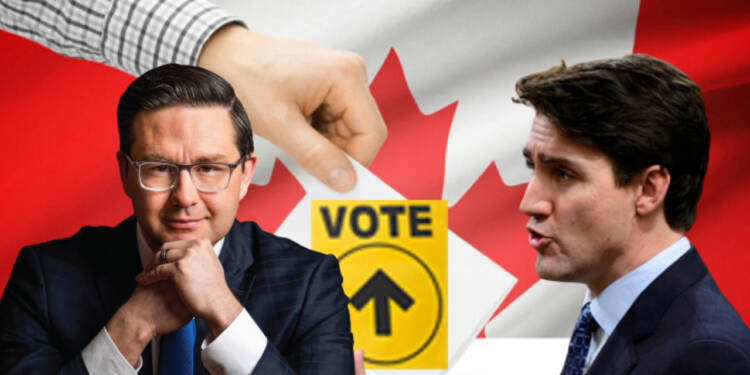 Canadian PM Justin Trudeau, aware of his decreasing popularity, called for snap elections to secure a mandate. It looks like he is going to orchestrate similar circumstances once again but things have changed since the previous elections with Trudeau now facing an able contender.

The incumbent PM’s approval ratings are at an all-time low and he is now seen in a negative light. This could be beneficial for the NDP which is reportedly picking up the pace and is expected to eat into the Liberal votes if Trudeau remains the face of the party.

Trudeau is naturally upset at this development and could look forward to calling early elections again and try to form a government without NDP’s support. NDP leadership could also be welcoming to a breakup amid the shocking rise in voter base for the party.

Both the Conservative Party and the Liberal Party will now have to change their stances if they wish to target the voters that usually avoid voting for them. For instance, the new leader of opposition, Pierre Poilievre, would probably try to indulge in debates that would rebrand the party with a centrist image and would eventually help them get the votes they could not acquire in the 2021 elections.

The Liberal Party is also making amends with voters in its own ways. The federal government’s recent announcement to drop all the remaining COVID border restrictions is one of the steps taken by Trudeau to woo the conservative voters. Over the next year, the Liberals will endeavor to take a nationalist approach to occupy as much of the political landscape as feasible.

This change in the Liberals’ approach and in some ways ideology, would surely irk the NDP which could further weaken the already fragile links joining the ruling coalition. These issues between the Liberals and NDP are certainly a foreshadowing of their break-up in future. Now let’s talk about the opposition party.

Also Read: Trudeau is going to take Alberta’s guns away

Naturally he needs some time to adjust to his new role as the official leader of opposition and Trudeau does not want to lend him that time. Polls suggest that the Conservative Party has taken a comfortable lead over the Liberals, Trudeau’s approval rating is on the fall, and the status of the minority government is dependent on the NDP. These happenings suggest there is a high probability that Trudeau would have to call early elections before Poilevre understands the game and Trudeau loses the little credibility is now left with. So Canadians need to prepare themselves for elections that are due not in 2025, but in 2023!