The federal government and the provincial government come face to face in public about their contradictory views several times. This time it can lead to a legal battle and, in turn, shake the power seat of Prime Minister Justin Trudeau 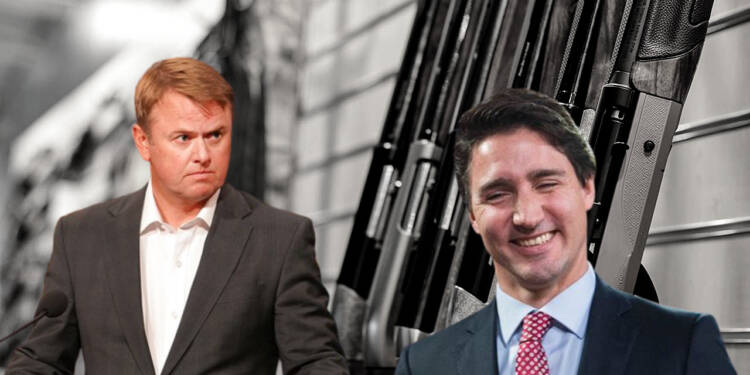 Tyler Shandro, the Albertan Justice Minister has reportedly ordered the RCMP to not carry out the federal gun buyback program in the province. He also has plans to join a number of lawsuits that question the legality of restricting specific firearms.

On Monday, Tyler Shandro announced that he has sent a letter to the head of the RCMP in Alberta, advising him that confiscating prohibited weapons is “not an objective, priority or goal” of the province and that the force should refuse to participate.

You see, the Albertan leadership understands that no matter what the federal administration says, the action is outrightly illegal and unfair to its citizens. They consider the said program a  purely political move of the federal government and not in any way find it related to the safety of the community.

Read More: RCMP planted weapons in an Albertan house to suspend civil liberties in the province

Trudeau administration banned around 1,500 different assault-style firearm models from use and sale in Canada since 2020. Ottawa has agreed to a buyback process that would reimburse affected individuals but that is nothing short of asking the legal gun owners to part with their security in exchange for money.

You see, Trudeau wants the populace of the province to think that the local government is actually the one that has stripped them off their rights to safety. Also, the move will require full use of Alberta’s safety resources, which in no way makes sense. The provincial government do not want to waste its resources in such a futile exercise.

In Alberta there are an estimated 30,000 firearms that would need to be confiscated and ‘Public Safety Canada’ does not have the capacity, wherewithal, or the resources to seriously attempt this effort

“Alberta taxpayers pay over $750 million per year for the RCMP and we will not tolerate taking officers off the streets, in order to confiscate the property of law-abiding firearms owners,” Shandro said.

In a subsequent letter to Marco Mendicino, the Federal Minister of Public Safety, Mr. Shandro stated that Alberta would not contribute any resources to aid in the program’s enforcement and that responsible gun owners would find the law insulting.

Mr. Shandro stated that the province would file a formal dispute under its policing agreement with Ottawa if the federal government issued the RCMP orders to enforce the firearms ban.

The decision is reportedly also receiving criticism from the province of Saskatchewan which coincidentally is also ruled by a party with affiliation to the right wing. Recently, Saskatchewan witnessed a gruesome incident when two men went on a stabbing spree across the province. At least 10 people died and 15 had been hospitalized. The horrors of the incident are still afresh in people’s memory. Some of the residents also said that the incident might not have taken place if the victims has had their self-defence guns with them.

Looking at the adverse attitude of the residents of the provinces towards the gun buyback program, it could be said that the provincial governments won’t back down so easily on their stand. With Shandro’s fierce statements the matter has picked up pace and would now definitely be used by the Conservative leadership to corner the Liberals in the house. One thing is for sure that the opposition will not bow down to the federal government’s bullying and will fight tooth and nail against Trudeau’s theatrics.