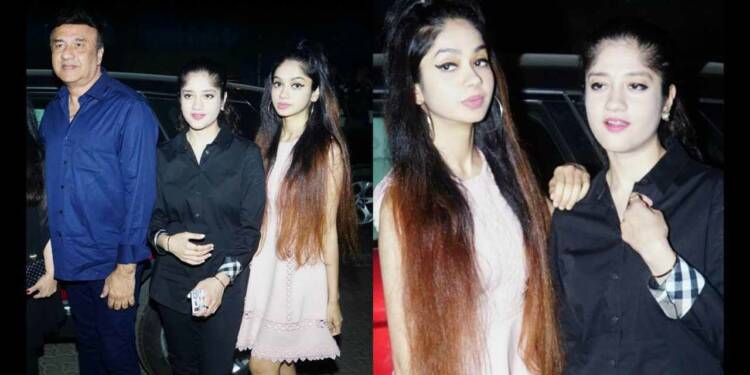 Anmol Malik is an Indian author, singer, lyricist and composer who works in the Bollywood music industry. She is also known by her pen name Audrey Piano. In this article we are going to talk about the biography, career, notable works, books and family of Anmol Malik so read the article till the end.

Anmol Malik is a famous author and singer and this biography article is incomplete without talking about her songs and books. So here you will gain info about her works and projects.

In 2020, Malik made her debut as an author with the book Three Impossible Wishes which is published by HarperCollins. A young-adult romantic comedy, the book was praised by actor Ayushmann Khurrana for being “Totally cheeky, completely hilarious and endlessly charming.”

According to a positive review by Scroll. In, the book is “A breezy campus romance that is a reminder of a life that college students are missing in the lockdown.”

Under her pen name she has also written several pieces of micro-fiction for Terribly Tiny Tales, a popular storytelling platform with over 12 million readers. In 2019, she was invited to write two pieces of short fiction for their third book titled With Love released by Penguin Books.

After making it to the Amazon Best Reads list Malik was chosen to write for the Amazon Kindle platform where she produced the Master pieces titled Audrey & Adam and Things You Learn in a Different City.

Anmol Malik began her singing career by giving her voice for the movie Biwi No.1. At the age of five She went on to record her first vocal track. This was followed by other movies where Malik sang as a child artist, such as Mela and Badal.

In the year 2006, director J. P. Dutta cast her as the singer for lead actress Aishwariya Rai in the movie Umrao Jaan. Her next release was the song “Chal Mera Hath Pakad Le” from the Satish Kaushik movie Tere Sang. During the film’s pre-release the song gained popularity after Malik’s impromptu live performance on the music reality show Indian Idol.

Anmol Malik was born on 5 February 1995 currently her age is 27 years old. She is the daughter of singer Anu Malik. She started her career in 1995 and till now she is working in the industry.

After completing her graduating from the University of Warwick, in England Malik returned to India and worked in the Creative Development department at Disney UTV.

Following a stint as an assistant director with Rohan Sippy, Malik went on to become a junior copywriter with Leo Burnett Worldwide in India and worked on the Tide (brand) campaign for the South Asian market. She eventually became Head of the Script Department at Yash Raj Films and worked on films such as Mardaani and Dum Laga Ke Haisha.

After completion of her graduation from university, Malik also released the English single “The Graduation”. The song was only released online.

At the age of 16, Anmol Malik sang “Talli” from the movie Ugly Aur Pagli, a fusion of grunge and rap music. The song debuted at the No.1 position and remained the top dance song for that year.

Malik launched her first English single “Let Me Come Home” in February 2017; the song is written, composed and sung by her. Malik put the song on YouTube first, where it grabbed the attention of the programming execs at VH1.

She was one of the composers for the 2017 Hindi-language Indu Sarkar. In 2021, she was chosen to sing Chura Ke Dil Mera 2.0 from the movie Hungama 2. It became the highest ranked dance track of the year.

We hope this biography article of Anmol Malik will be helpful for you to understand her journey and works.