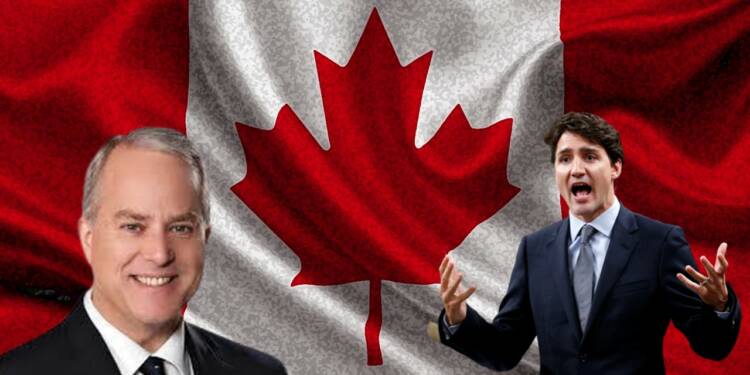 The Trudeau administration already had a lot of things to worry about amid the changing political scenario in the country. The incumbent PM’s Liberal party seems to be losing ground to the Conservatives and Trudeau’s approval ratings are at an all-time low. To add on to the misery of the Liberals, the Trudeau administration has reportedly given the opposition another subject to surround them in the House of Commons, thus highlighting the government’s inefficiency and pointing out where Trudeau’s priorities actually lie.

A report submitted by the ruling government in reply to an order paper question tabled in Parliament late last week at the request of Conservative MP Kelly McCauley points out that  nearly 90 percent of federal public sector executives, as well as thousands of other federal bureaucrats, went home with $190 million in total bonuses in 2021-2022.

The amounts of bonuses witnessed a jump despite the economy going through a troubling phase. The bonuses represent an 11 per cent jump from that of the previous year. The details enclosed in the report have received harsh criticism from the opposition.

Well, one could wonder what the conservatives might have against a hardworking man receiving a bonus. You see, of course good employees and efficient departments deserve bonuses. But the issue with the report is that the process followed to identify departments and allocate bonuses seems shady.

Also Read: How house rents in Canada went from cheap to average to unaffordable in last 10 years

In an interview, McCauley said the bonuses were particularly egregious as they were paid out at a time when a host of government services were crumbling, such as the passport, access to information and immigration visa systems.

“We should not be rewarding departments that have people waiting outside 12 hours in the snow for a passport. We shouldn’t be rewarding anyone at immigration when there are record backlogs for reuniting families,” McCauley said.

The report very cleverly leaves out the breakup of the funds allocated to different departments, so as to avoid further scrutiny by the opposition. However, it seems like the opposition does not want to drop the matter and feel responsible to hold the Trudeau administration accountable for their irresponsible use of public finances amidst an ongoing economic turmoil within the country.

In an interview, McCauley called the bonuses “frustrating” and “disappointing” at a time when Canadians are reeling financially from COVID-19 lockdowns and decades-high inflation rates, among other rising costs.

McCauley further targeted the government based on data from the last year. He noted that government departments and agencies only met 45.7 per cent of their combined 2,722 departmental performance results, according to a federal database.

Bonuses allocated to the Employment and Social Development Canada (ESDC) last year was outright outrageous. The ESDC which oversees Canada’s passport program along with other federal benefits and services, as well as Global Affairs Canada both paid out almost $11 million in bonuses.

You see, the ESDC was highly inefficient, especially during the previous year. The fiasco surrounding the passport program during the pandemic has troubled thousands of people. Thus, rewarding the inefficient bureaucracy with millions in bonuses highlights the corrupt practices that run deep within the Trudeau administration. Talking about the overall allocations, the Conservative MP said, “It’s garbage,” he said. “I think it’s completely unjustifiable considering targets met.” “When you’re missing targets over 50 per cent of the time, taxpayers should not be rewarding failure,” he added

The current Liberal administration has got its priorities wrong. Rather than working on issues like the economy and endeavoring to create a foreign and defense policy independent of Washington’s influence, the administration acts as a vassal state for the US pushing Biden’s agenda in Ukraine and advocating his policies regarding climate change and what not.

Maybe it’s time, Trudeau makes an effort to address issues that actually matter and make an honorable exit by providing the next conservative government with a solid foundation.