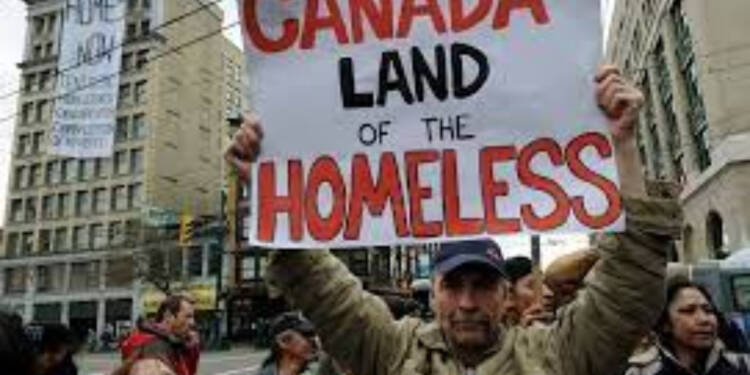 Ten years ago, moving to Canada was a dream for many, and why not? There was a pleasant environment, harmony, and, importantly, a lower cost of living. People were able to afford everything, from cheap houses, cars, luxuries, and other important commodities.

But affordability has a different meaning in Canada now. Even people of Canada are not able to pay their rent. Here’s a big claim now, In some neighbourhoods, not owning a home now costs more than owning one.

This is how doomed the Canadian housing sector is…

According to CTV news, A recent statewide analysis of online listings has revealed that the average rent in Canada increased more than 10% Year-over-year in July for all types of properties.

Reportedly, the average rent for all property types, including single-family homes, townhouses, rental apartments, condominium flats, and basement apartments, in July was $1,934, according to the most recent National Rent Report from Rentals.ca and Bullpen Research & Consulting.

If one sees data month-on-month, it is even more worrisome. The average rent rose 2.6 per cent in July compared to June, making it the second-highest monthly jump in three years.

Whereas the trend is exactly the reverse for renters. Renters’ bills are climbing faster than homeowners’. The average tenant in Canada in 2021 paid 17.6 per cent more than they did in 2016.

Now when you see specific data for cities, this data is more worrisome.

The Data on cities is more worrying

A life full of misery

At $2,590, up 19% year over year, British Columbia in Canada has the highest average rent across all property categories in July.

In addition to the cost of living, dealing with other issues like public transportation, jobs, health, and everything else is also becoming a difficult task.

This could have never been the situation if it wasn’t for Justin Trudeau and liberals. After the global financial crisis of 2008, Canada’s housing affordability index was smoothly going down. At the end of Q4 2014, the Housing Affordability Index for Canada stood at 0.318. Just one year later, the value jumped to 0.345. 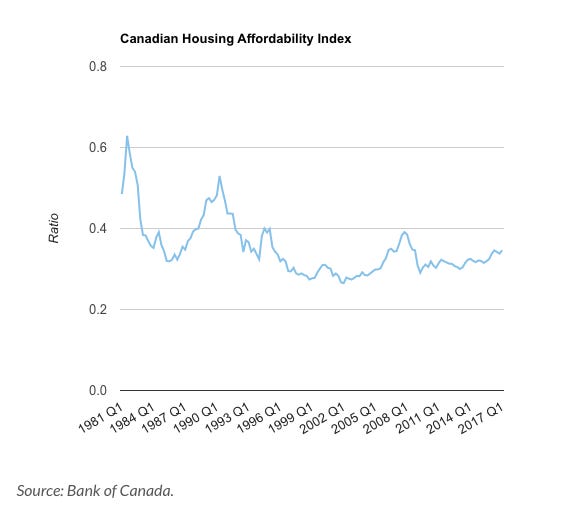 The blue-eyed boy of Canada has now broken all records at once because now the index has officially crossed the 0.5 mark.

Read More: Trudeau plans a huge influx of Ukrainian refugees into Canada at the expense of poor Canadians

The HAI is at its weakest point in more than 30 years. So now, living in Canada is indeed getting too costly.

Canada has always been labelled as a nation where living is considered to be a luxury. However, now it looks like affording a luxury in Canada is going to be hectic. Renting a home in Canada is now more luxurious than affording one.

If this ain’t a degrading economy, what else do we call it??