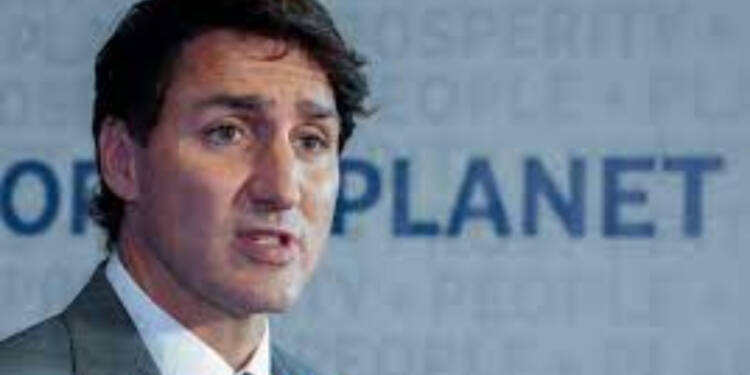 Trudeau’s green agenda has now faced another major setback. This time it’s the Canadian banks who have made it clear that they are running afoul of “green projects” and are not going to make commitments about not investing in lucrative businesses.

They are in blatant opposition to irrational diktats

The big banks in Canada are becoming uneasy about the legal and governance issues associated with their membership in a group of international financial institutions chaired by Mark Carney that has committed to reducing carbon emissions.

Mark Carney is a Canadian economist and banker who has previously held the positions of the governor of the Bank of Canada as well as the governor of the Bank of England. Currently, he is vice chairman at Brookfield Asset Management where he leads the firm’s environmental, social and governance (ESG) and impact fund investment strategy. Additionally, he serves as the UN Special Envoy for Climate Action.

In 2021, Carney launched GFANZ: The Glasgow Financial Alliance for Net Zero, in partnership with the UNFCCC Race to Zero campaign, to coordinate efforts across all sectors of the financial system to accelerate the transition to a net-zero global economy.

The purpose of GFANZ is to increase the number of financial institutions committed to net zero and to create a forum for discussing sector-wide issues related to the net-zero transition. The organization wants to ensure that ambitious goals are fulfilled with credible action.

And for that, Mr Carney, under this initiative, has brought together banks, insurance companies, and asset managers to agree to transform their lending and investing activities to line up with the UN Race to Zero initiative.

However, tensions have flared recently in response to an update on the Race to Zero initiative, which sets the criteria for emissions cuts. The revised text contained more explicit rules on how to “phase down and out” the development of fossil fuel assets and their financing, as well as a ban on new coal projects.

As a result of these new guidelines, senior executives at Canada’s six largest banks have expressed concerns over the legal risks associated with their GFANZ membership. The banks, which were latecomers to the alliance in 2021, opted to join only after lengthy negotiations to secure guarantees they would not have to abruptly abandon high-emitting businesses, such as oil and gas and mining, which account for a significant portion of Canadian exports.

Some American banks have already considered leaving the group out of concern that they would be subject to legal action over antitrust issues if they are forced to withdraw from certain high-emitting industries. Bank of America, Morgan Stanley, and JP Morgan Chase have all indicated that they would quit.

These banks worry about potential legal repercussions if environmental organizations or authorities try to hold businesses accountable for UN standards that suddenly seem to be getting more stringent.

Recently, Canadian banks have also had discussions with their American counterparts about their worries. Baltej Sidhu, the ESG analyst at the National Bank of Canada, said in an interview with The Globe and Mail, “Those(American Banks) are some of the biggest players on Wall Street, and if they leave does that cause some kind of domino effect, giving the impetus to other parties to say, ‘Hey, if they left why can’t I leave? They have more resources than me,’”

This means if a few banks withdraw, it will set off a chain reaction that will result in more and more banks doing the same.

Read more: Canada is in recession but Alberta isn’t, and Trudeau doesn’t like that

Canada’s big banks have all taken the stance that they will not halt financing for oil and gas clients. Because this is the area most profitable to them. Not to mention, at a time when the world is already grappling with a serious energy crisis following the Russia-Ukraine war, momentum has now shifted from efforts to reduce emissions to a focus on bolstering energy security.

As oil prices are skyrocketing, big oil companies are now reporting huge profits, and therefore no one should be surprised that the banking world is eager to provide financing for the sector.

Thus, the diktats about going green are not going to allure big Canadian banks.  They will surely quash this agenda and any organizations associated with it.