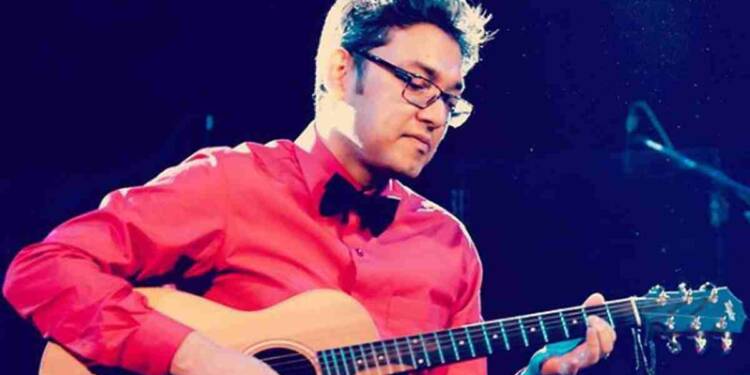 Anupam Roy is an Indian singer, singer-songwriter, music director, composer, songwriter, guitarist, playback singer from Kolkata, West Bengal. He was born on 29 March 1982. He made his debut with Amake Amar Moto Thakte Dao & Benche Thakar Gaan, which appeared on the soundtrack of the 2010 Bengali film Autograph. In this article we are going to talk about the biography, career, notable works, films and family of Anupam Roy so read the article till the end.

Anupam Roy has written & directed two short films, Tiebreaker (2009) and Mind Radio (2010), both produced by TIIMMC. He is a gold medal recipient and is a holder of the Bachelor of Engineering degree in Electronics and Telecommunication Engineering from Jadavpur University. He used to work for Texas Instruments India, Bangalore as an analog circuit design engineer from 2004 (July) to 2011 (March).

He debuted in Bollywood in 2015 as a music director, singer and lyricist, Piku, directed by Shoojit Sircar. In 2015, he married his long-time girlfriend Piya Chakraborty.

Two of his songs featured in the Bengali film Autograph (2010) by Srijit Mukherji. Roy wrote and composed Benche Thakar Gaan sung by Rupam Islam & also by himself in another version and Amake Amar Moto Thakte Dao which he sang himself.

Songs like Ekhon Anek Raat & Amar Mawte catapulted his success to another level. 2014, marked the release of 4 films where he worked as music director. Songs from Highway and Chotushkone did remarkably well on music charts. Boba Tunnel and Bawshonto Eshe Gechhe were amongst other songs by Roy.

As an independent artist, he and his band released his first English single Second Sex in May 2013. In 2015, he did his first Coke Studio (India) episode. He successfully recreated Moner Manush by Lalon Fakir with an additional Hindi verse written and composed by him.

He has helped in the running of an online Bengali portal named Boipara along with visual artist, Samit Roy. Anupam Roy maintains a blog. Published in print, major little magazines.

We hope this biography article of Anupam Roy will be helpful for you to understand his journey and works.