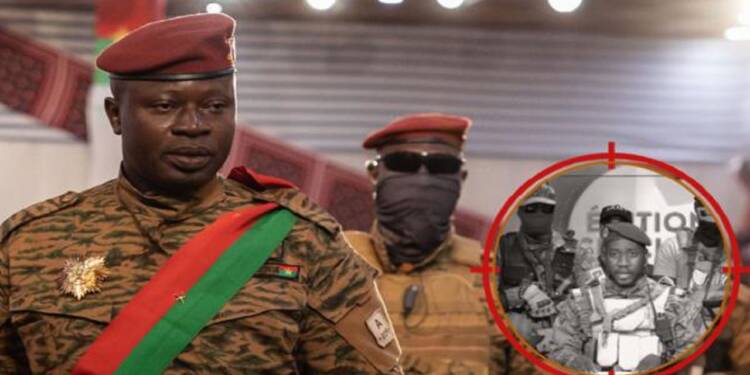 There has been a military coup in Burkina Faso which has toppled the government of Colonel Damiba. Following the overthrow of the government, men in military uniform appeared on national television to announce that Colonel Paul-Henri Damiba had been removed as the president of Burkina Faso. His ineffectiveness to deal with the Islamic insurgents in the West African nation was cited as the reason for Damiba’s ousting by the Army Captain Ibrahim Traore the leader of the coup.

Before the declaration of the coup, the local media in Burkina Faso reported gunfire near the military base and presidential palace. The new leader released a statement which read, “Faced with the deteriorating situation, we tried several times to get Damiba to refocus the transition on the security question”. It continued, “Damiba’s actions gradually convinced us that his ambitions were diverting away from what we set out to do. We decided this day to remove Damiba,” it said.

The new leader of Burkina Faso is the army Captain Ibrahim Traore, he has suspended the constitution, shut down the border and disbanded the government. Traore also declared curfews from 9 am to 5 pm. Damiba in the meantime is said to have escaped to Togo.

Burkina Faso under Damiba has been moving away from the West because it has realised that maintaining a relationship with the US and the EU will only escalate destruction which the nation has witnessed for a long time. Burkina Faso abstained from voting on the resolution condemning Russia’s military action in Ukraine organised by the West.

In August, Albert Quedraogo, the interim prime minister of Burkina Faso, stated that their nation has the right to change its partners even if it upsets its historical partners. He also said, “There are questions to be asked about the partnership with France”. In July, US intel reported that Kremlin-backed Wagner Group’s next destination will be Burkina Faso.

A strategic region of West Africa, Burkina Faso is regarded as an important player in the Sahel region. The Sahel region comprises of Mauritania, Niger, Sudan, Mali, Cameroon etc, which have suffered years of death and destruction by various Jihadist and insurgent groups. Burkina Faso is a member of G5 Sahel, a group backed by the West. It was formed to fight against the terrorists and rebels in the Sahel region. However, the group proved ineffective and failed in its purpose which led Mali to quit following which Niger called G5 a “dead” group.

Read more: Boko Haram is an offshoot of the CIA

The West is behind the military coup in Burkina Faso. The US and the EU have many reasons to despise Damiba who refused to be their puppet. Fearing Burkina Faso’s closeness with Russia, its willingness to bring Wagner group into its territory rich with gold mines and the possibility  of its leaving G5 Sahel, the West decided to topple Damiba and install someone as the leader of Burkina Faso will look after their interests.

Ibrahim Traore is an army captain whose rank is much below than that of Paul-Henri Damiba. It is very unlikely for a junior officer to stage a coup of such a stature without any external support given his low popularity in Burkina Faso. However, Damiba is very popular and widely praised by the locals for putting an end to the tyranny of the former president Roch Kabore who had a poor record on securitiy and governance.

Without West’s backing, it is not possible for someone like Ibrahim Traore to mobilise the military against Lieutenant Colonel Damiba and overthrow the junta in one night. The US and the EU are taking revenge from Damiba for cutting ties with them, inviting Kremlin-backed Wagner group to Burkina Faso, not backing Ukraine and strengthening relations with Russia.

Damiba and Lavrov’s bonhomie irks US

During the 77th UNGA, Lieutenant-Colonel Paul-Henri Sandaogo Damiba met Russia’s foreign minister Serguei Lavrov in New York. Both nations emphasised strengthening of cooperation. Burkina Faso’s Minister of Foreign Affairs said, “Currently, there was a desire to further strengthen this cooperation and bring it to a level that will be mutually beneficial to both countries”.

It is not a coincidence that soon after the meeting between former Burkina Faso’s leader and Russian foreign minister, the West African nation witnessed another military coup. This meeting was perceived as a threat by the West to go ahead with its mission to organise a coup within a coup in Burkina Faso and install its puppet.

The west is leaving no stone unturned to bring in the support of African countries, be it by hook or by crook.

Read more: Mali’s military government has a huge bargaining chip to get the dissidents residing in Ivory Coast back