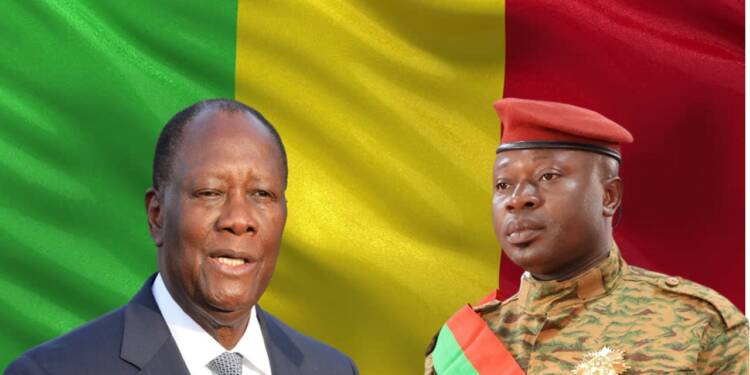 On Tuesday, 27th September France reiterated its full support to the Ivory Coast over r 46 Ivorian soldiers detained by Mali when they were on a rotational deployment as a backup for the UN peacekeeping force MINUMSA as claimed by the Ivory Coast.

On the other hand, the Mali junta insisted that Ivorian troops were mercenaries and they were detained to stop them from disturbing the security apparatus of the country. But what is the reason for the bitter spat between Mali and Ivory Coast?

Conflict between Mali and Ivory Coast

The relations between Mali and Ivory Coast deteriorated when the military junta took over the power in Mali in August 2020. As soon as the military government took control of Mali, the political dissidents fled Mali in search of asylum which they got in the neighboring Ivory Coast. In September, 2022 the interim President of Mali, Assimi Goita said that Ivory Coast has given asylum to the Malian political figures fleeing prosecution by the military government and Mali seeks a “mutually beneficial” cooperation to the diplomatic crisis.

France’s support to Ivory Coast came in the backdrop of its ‘former colony’ Mali kicking out France’s remaining troops present in the country, insisting that France backstabbed Mali amid an ongoing operation. Mali also took a sharp decision and shifted its policy radically by moving out of France-led G5 group, signing a de-facto death warrant of the ‘flagship’ group G5 Sahel. This triggered a domino-effect, incidentally Niger criticizing the anti-jihadist group of failing in its objectives and it stated, “The G5 Sahel is dead. The isolation of Bamako in West Africa is bad for the whole sub-region,…”

After Niger, Burkina Faso’s leader Paul-Henri Damiba met Russia’s Foreign Minister on the sidelines of UNGA in a bid to deepen its ties with Russia further deteriorating the relations with France.

A helpless France saw the destruction of its influence in the Sahel region which was effectively spearheaded by Mali. There on to teach a lesson to Mali, France came in “Full” support of Ivory Coast for the returning of its 46 soldiers detained by the Mali Junta regime.

The Ivorian soldiers arrived at the Bamako airport in July when Malian government detained the soldiers alleging in its statement that the troops, “arrived in Mali in possession of weapons and munitions of war, without a mission order or authorization, while concealing their identities and their real professions as well as the precise purpose of their presence on Malian soil.”

It is clear by now that the spat between Mali and Ivory Coast is a diplomatic crisis which can only be solved by diplomatic route. But the unnecessary involvement of the West through U.N. & France has its own complications. However, we can openly see that the leverage is with Mali, it is not in a rush to get its political asylum seekers back but the Ivorian government is being pressurized by its own people to bring back its soldiers. The Ivorian Government will be compelled by the pressure to return Malian political asylum seekers in exchange of their soldiers detained by Bamako.

Also Read: A detailed take on France’s atrocities in the Sahel region, and why the countries are now rooting for Russia

Why does the Mali junta want political asylum seekers back?

Since its independence, Mali has gone through a lot of turmoil in the form of terrorism, coups and corrupt governments. It has been in turmoil for a decade while facing several instances of human rights abuse by armed Islamist groups, violent protests, political violence, and abuse by state security forces and non-availability of justice.

When the Prime Minister Keita came to power in Mali, it was thought by the Malian people that the country will prosper and stabilize under the democratically elected government. But what happened in the country was chaos. Keita increased Mali’s dependence on France by giving it the responsibility to fight the armed islamist groups on Mali’s behalf. France under Keita took Mali in its grip in order to increase its influence in the Sahel region.

On the other hand Mali internally never really stabilized. France led G5 Sahel failed in curbing the widespread terrorism in the country. Corruption, Political violence, Human rights abuse, communal violence was among some factors which led to the military takeover in Mali.

On the other hand the military regime has ended the foreign influence and control while inviting Russia. Russia’s Wagner Group fight with terrorists alongwith Mali’s forces and also give training to Mali’s troops. The military junta regime has also promised elections by 2024 which effectively helped in lifting ECOWAS sanctions which were imposed on Mali.

France is desperate to reestablish its sway over Sahel region, and in its desperation it is now knocking the doors of a non G5 member, Ivory Coast in the name of helping sort out its diplomatic knot. However, Ivory Coast needs to be careful of this self-invited guest as it will in no time dig its claws deep into the country.