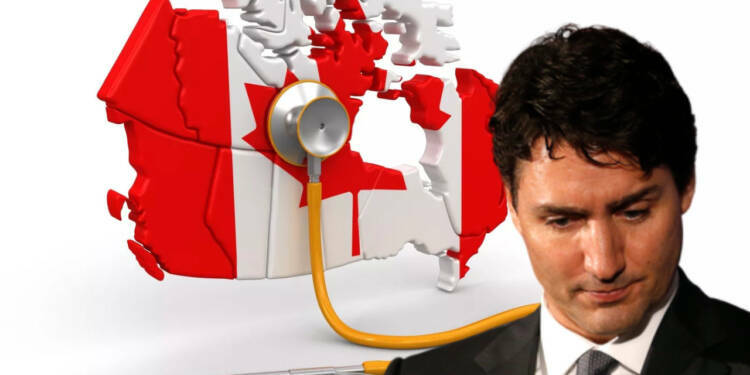 If you live in Canada, a months-long wait for getting surgery done is something you would not find strange by now. The women of Canada and now even the children are fighting their fate with Trudeau at the helm of affairs in the country.

A recent Globe and Mail report reveals the havoc that is in the making in Trudeau’s Canada. In Canada, half of the children who require surgery are subjected to waiting times that considerably exceed professional recommendations for treatment. According to experts, this condition could have catastrophic, long-lasting effects on the development of young patients.

The Pediatric Surgical Chiefs of Canada’s collection of waiting-time data from children’s hospitals across the nation shows the tremendous pressure that paediatric facilities are facing. In addition, the burden has resulted in record-breaking emergency room wait times, congested hospitals, and a delay in the diagnosis and treatment of developmental disorders.

Children are being left in misery for months as they wait for surgery, according to Emily Gruenwoldt, president and chief executive of Children’s Healthcare Canada and executive director of Pediatric Chairs of Canada, and parents are being forced to quit their jobs to care for them.

“When you’re waiting for a life-changing surgery, everything else stands still,” she said.

Tens of thousands of kids whose diagnoses have been put off are required to wait months or even years for assessments of diseases like autism spectrum disorder, which call for early intervention and treatment.

62% of patients who require surgery at Hamilton’s McMaster Children’s Hospital are kept waiting longer than is ideal. According to Bruce Squires, the hospital’s president, the institution is currently operating at 120 percent of its inpatient capacity.

Squires said,“The impact of a child waiting too long for their particular medical treatment—whether it is a surgery, or mental-health care, or a cancer therapy or any other type of treatment – is significant. ” “It also can have lifelong impacts.”

It seems that the prime minister of Canada is being ignorant over a matter that actually needs immediate attention. Because early diagnosis and treatment can minimise the long-term effects of health issues and help children realise their full potential, timely paediatric health care is crucial.

Pediatric surgeries are carried out in order of urgency, yet even urgent treatments are postponed for longer than is ideal. Pediatric orthopaedic surgeries are among the procedures that experience lengthy delays the most frequently.

Recent Ontario data has shown that 40% of adult patients are waiting beyond the recommended timelines for their procedures, but the kids who need the services at the earliest are waiting even longer than that.

Perhaps, the Canadian authorities are too naive to understand the gravity of the situation. They have time for green activism, wokeism, and whatnot but no time to pay heed to matters such as Canada’s healthcare, which is on ventilator support now.

The Canadian province of British Columbia is also witnessing a similar distressing situation. Women in the province are subjected to a months-long wait to get their breast biopsies done. Till then, you can expect pre-cancerous cells to grow. You can even expect the women of the province to die of the disease eventually, because they clearly don’t have enough resources to deal with it.

The lives of thousands of women are at serious risk in British Columbia now.

Clearly, the country’s healthcare system is in tatters. Trudeau has risked the lives of a million innocent Canadians. Hospital emergency rooms are experiencing a crisis with backlogs, delayed services, and temporary closures leading to delayed services.

But, what is more, concerning is the government’s attitude. The government is still unable to solve the crisis, and the solutions to the aforementioned problems continue to remain elusive.