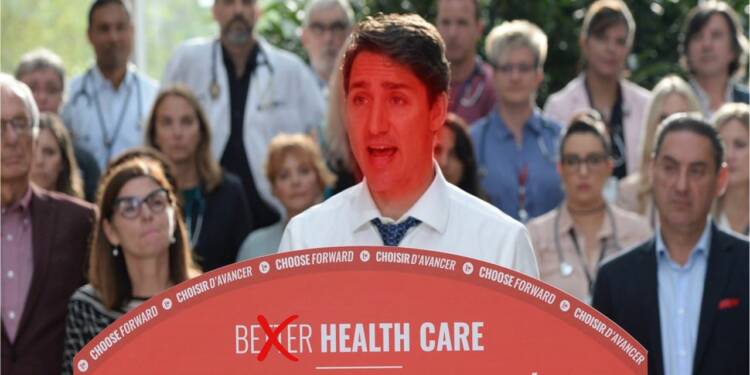 Recently, Canada’s premiers concluded their two-day conference in Victoria B.C  by urging the federal government to “stop communicating through the press and sit down with them to talk about the future of healthcare expenditure”.

B.C. Premier John Horgan, this year’s chair of the Council of the Federation, claimed that Prime Minister Justin Trudeau made a commitment to the premiers that the two parties would meet to discuss the future of health-care financing in Canada when the pandemic public health emergency was resolved. However, no such meeting has been set and Horgan’s calls for a sit-down meeting have gone unanswered.

The federal government, however, has consistently resisted these demands. The Trudeau administration has often argued that the Canada Health Transfer (CHT) and the tax points when combined with the funds Ottawa spends on bilateral agreements for long-term care, home care, mental health services, and other services, the amount of health care spending that is covered by the federal government increases exponentially.

Horgan vehemently countered the federal government’s views by implying the relevance of carrying on similar tax points that were set down way back in the 1990s and suggested that the federal government should have a meaningful discussion with the premiers and soon try to move towards a collective conclusion.

Furthermore, Intergovernmental Affairs Minister Dominic LeBlanc stated that the premiers’ demand for a $28 billion annual increase to the CHT must come with conditions and with a commitment from the provinces to maintain current levels of funding and keep pace with any increases in federal funding.

Replying to the absurd comments made by Leblanc, Horgan said that provincial governments are held accountable for how they spend money through their respective budgeting processes and that every dollar provinces spend is debated in regional legislatures.

Horgan further reminded the Trudeau government regarding the absence of hierarchy in Canadian Politics and implied that as leaders of equal orders of government, everyone should engage in debate and figure out the future of healthcare spending.

Moreover, Horgan and Ontario Premier Doug Ford dismissed the proposition forwarded by Federal Health Minister Jean-Yves Duclos that details of the specific outcomes the federal government would tie to any additional health funding can be worked out between himself and provincial health ministers.

The two premiers have alleged that such a proposition that enforces the PM to dismiss meeting with them is an insult in itself. The chair of the Council of the Federation believes that the federal government must agree to hold discussions to solidify the entire funding program before talks on sharing the costs of a national pharmacare or dental program could be undertaken.

From farmers to the heads of provinces, no one seems to be contented with the liberal poster boy. With each passing day, Trudeau is pushing Canada closer to a grave health care crisis.  Make no mistake, by running away from holding a meaningful discussion with the premiers and by refusing to address the lack of funding by the federal government in health care, Trudeau is risking the lives of millions of innocent Canadians.