The member states, although heavily dependent on Russia for as imports, had to risk their supplies by acting against the Kremlin and well, it looks like they do not want to do that anymore 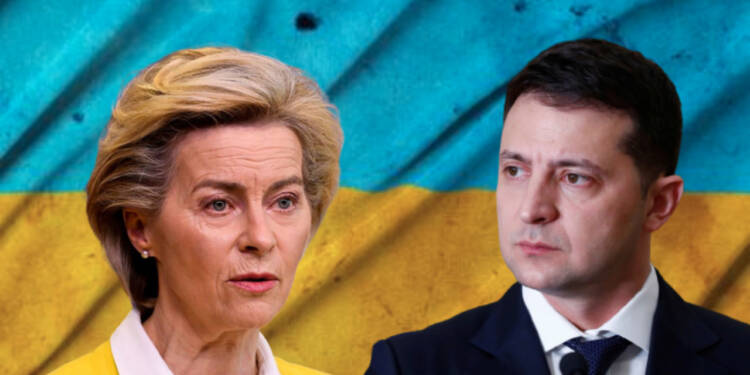 EU Commissioner Thierry Breton said that NATO bid of Ukraine and its official membership in the Western military Alliance might not be successful as long as it is engaged in armed conflict and hostilities with Russia. Breton proclaimed Ukraine’s war with Russia as a “disqualifying” factor for President Volodymyr Zelensky’s NATO application.

Well, one would wonder why the EU is set to disallow Ukraine from becoming a part of NATO when the prospect of accession was, in fact, one of the reasons that provoked the war. The EU had to act against Russia owing to its decade’s old partnership with the US. The grouping did put itself online by risking its gas supplies without solidifying the prospects of alternate sources.

Now, many nations of the union, including economic superpowers like Germany are struggling to get hold of energy imports. It has triggered a crisis of faith in European markets owing to decreased manufacturing capabilities due to the unavailability of cheap gas. Conditions have deteriorated to a level that the prospect of gas rationing is now a real option.

Europe has finally come to its senses and is now treading on a softer route with Putin. With winter around the corner, the EU wants to get into the good books of Putin and does not want to irk Putin by even entertaining the idea of Ukraine becoming a part of the NATO alliance. Breton’s comments came after Zelensky took it upon himself to force Ukraine into a de facto part of the alliance.

After Moscow formally incorporated the Ukrainian regions under the Russian Federation in a referendum, Zelenskiy said, “We have already proven compatibility with alliance standards. They are real for Ukraine – real on the battlefield and in all aspects of our interaction,”

“We trust each other, we help each other, and we protect each other. This is the alliance. De facto. Today, Ukraine is applying to make it de jure.” said the Ukrainian President in his video address.

However, Brenton does not want to give the Kremlin any wrong ideas by letting Zelensky voice his opinions. EU member nations are now fed up with record-high inflation and the incorporation of expensive subsidy schemes while the US maintains its position comfortably. The EU leaders have seen Biden for who he is and would surely proceed much more carefully and intelligently now.