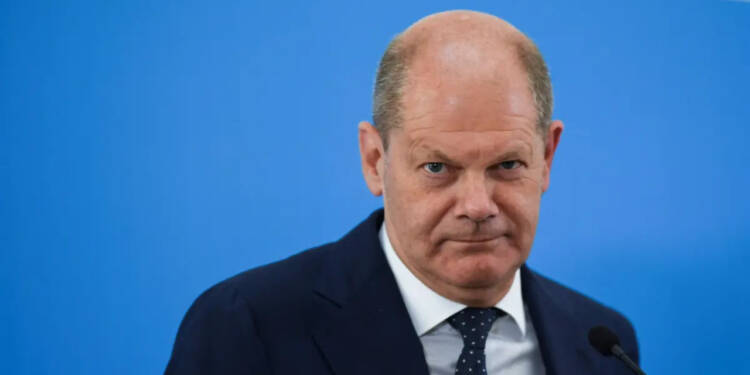 The war in Ukraine has brought Europeans to their knees. The conflict has had a devastating impact on Washington’s and Kyiv’s allies in the continent. Economic powers like Germany have been suffering ever since the initiation of the invasion owing to quashed imports of energy from Russia. Well, energy and finance are not the only sectors where Germany is suffering. Berlin has reportedly taken a huge toll on its weaponry reserves too and a comeback on this front seems like a far-fetched dream.

The German Army (Bundeswehr) has enough ammunition for only one or two days of warfare, the German edition of the news website Business Insider (BI) reported on Saturday, citing defense industry and parliamentary sources.

You see, Germany, like many other western nations, contributed heavily to Ukraine’s weapon stockpiles. Berlin is not the military superpower it was during the second world war. Close association with the US and being a part of NATO made its leaders keep defense as a second priority. According to the German government, Berlin delivered to Ukraine 53,000 rounds of self-propelled anti-aircraft guns, 21.8 million rounds for firearms, and 50 bunker-buster missiles.

You see, Berlin is significantly lagging behind the NATO requirement of maintaining stocks for at least 30 days of fighting. And if it goes for fulfilling NATO requirements, it will create problems for an already struggling German economy. Eva Hoegl, the German parliament’s defense commissioner, told Business Insider that an additional €20 billion ($19.5bn) is needed to replenish the stocks.

The news comes as a shock for Germany’s populace who are already struggling owing to expensive energy prices. The nation’s finances are on the way to ruin as the treasury is forced to subsidize gas after placing gas caps. As a result, consumer confidence is low in German financial markets and that is further triggering a decreased supply of money in the economy.

As a result, Germany would struggle to replenish stocks and keep its NATO requirements in place. The country needs to focus on whether it wants to spend its finances to help its struggling economy or replenish its stock. And well, it looks like Germany has chosen the former.

Read our Premium Piece: There is no coming out for Europe from this tragedy

The situation with the shortage “will not improve if ammunition is removed from the Bundeswehr stocks, while corresponding orders are not placed on the defense industry at the same time,” Hans Christoph Atzpodien, CEO of the German Security and Defense Industry Association (BDSV), told BI.

The outlet’s sources, meanwhile, were quoted as saying that there have been “no significant orders” for defense companies to produce more armaments. Germany’s major automobile sector has been suffering due to disrupted supply lines and the government is securing funding to revive it. Moreover, expensive gas has made manufacturing difficult to keep up with, in Germany.

Looking at the facts, it could be concluded that Berlin under Biden’s pressure destroyed its economy by going against Russia. The nation is deindustrializing, having to implement very expensive subsidy programmes, and at the same time, being compelled to give up what little protections it did have.