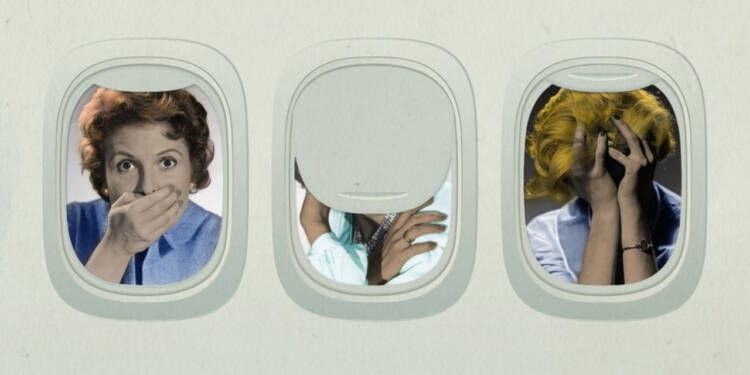 The Trudeau government wants to dim the desire of Canadians to fly. Till now the government restricted the Canadian populace from travelling in the name of the pandemic and now ‘green goals’ is the newfound excuse.

You see, Canada has been reeling under travel restrictions even in the post-pandemic era. For like two years, people all around the world were subjected to the cruel restrictions imposed in the wake of the sudden surge in the Wuhan virus. So now, it is a matter of relief for people that they can come out of these shackles of restrictions to feel the world again by travelling and enjoying the needed vacations.

But, in Trudeau’s Canada, unfortunately, you can’t relish travel. You won’t be allowed to experience the sunnier climes even after the hiatus of a year or two in a pandemic holding pattern.

Now, this recent report by CBC News calls on the need to stay at home and restrain from travelling via air as it can increase aviation’s share of emissions. It suggests that people are “revenge travelling,” which is more perplexing.

People’s unrelenting desire to travel is becoming a bit distasteful for the Canadian government now. The report has also reflected on the pre and post-effects of the pandemic on carbon emissions. It says one surprising effect of the lockdowns in the early days of the pandemic was a marked drop in carbon emissions, including from aviation. This, combined with a new reliance on video-conferencing, led to “a realization among many of us that there are alternatives to travelling long distances by air to do business,” said Daniel Bresette, executive director at the Environmental and Energy Study Institute (EESI) in Washington, D.C.

Read More: Canada has an airport problem—But Trudeau is flying to costa Rica for vacation

So, now in the name of climate change and global warming, the government will not allow the people to marvel at Earth’s riveting beauty and gain a finer understanding of other cultures.

You see, the report is published by a media portal which is believed to receive its funding from the federal government. It seems to further the current government’s climate agenda. They want to snatch the basic right of getting on the plane from the Canadians in the name of global warming.

According to the report, a substantial increase in flying seems unsustainable at this time when aviation’s share of emissions is set to rise and most of the world has pledged to keep global warming at 1.5 degrees below pre-industrial temperatures.

Thus, what is bound to raise a question is why is travelling becoming a pain in the neck of the government at all. Even after holding back for 2 years now owing to the pandemic, Canadians are still not allowed to take to the skies. Make no mistake, the PM does not come under the gambit of these bizarre rules.

Despite the travel restrictions imposed on the country, the Canadian PM and his family were out on a two-week trip to Costa Rica recently. According to the PM’s office, the family returned to the same place where they stayed over the Christmas holiday in 2019.

This clearly implies, when we talk about Canada, Mr Trudeau is just an exception. Post-pandemic, the whole world started unlocking and easing the restrictions, but, when it comes to Canada, the scenario remains completely different.

Nobody here can jump into a plane for a vacation; otherwise, they will be flight-shamed and blamed for all the aviation mess. We know that the airline industry in the country is in a mess right now. But, if ordinary Canadians take to the skies they will be blamed for that.

The report says, “the episode produced endless accounts of flight delays and estranged luggage. Just look at the backlog of passport applications, which has become a minor scandal for the Canadian government.”

But, isn’t the government accountable for all these issues? Perhaps, the Liberals have found a new way to pass the blame to others.

The Prime Minister has always been grabbing all the attention by pushing the need to lower carbon emissions. All of this is unreservedly normal, but what isn’t is his hypocrisy. Justin Trudeau flows across the world via his private jet, which accounts for a sizable amount of carbon emissions.

Even in April, when the PM travelled from Montreal to Vancouver for his ski trip, he had a carbon footprint of about 2.07 tonnes, according to the calculator at carbonfootprint.com.

When he was finished with skiing and après-skiing, he took a flight back to Ottawa, which added another two tonnes of carbon to his already enormous carbon footprint.

As a result of his poor preparation, his ski excursion resulted in an additional 4.18 tonnes of CO2 being released into the atmosphere on top of the 4.18 tonnes from his official trip. Now, this is just a ballpark figure. The actual emission count is much higher.

“We know we need to cut emissions,” Trudeau said on his trip to Vancouver. Does the Liberal Poster Boy even trust his own words?

We will keep on finding answers to these questions, and till then, perhaps the PM will plan another vacation.

Biden is all set to burn his fingers in Sudanese fire