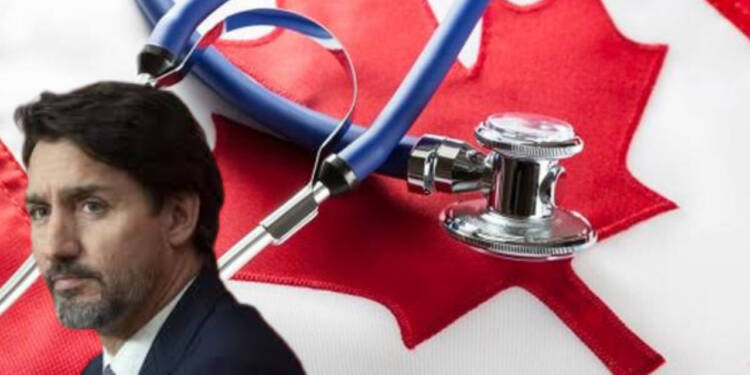 Till now it must be a well-established fact that the healthcare in ‘Trudeau land’ is breathing its last. People in the country aren’t able to get treatments. Treatments for fatal diseases like cancer. The country’s healthcare system is in tatters.

Women are expecting months-long wait times to get a breast biopsy done. Children are waiting for surgeries for longer than recommended. Cancer patients with surgery requirements are getting turned down by Canadian doctors now. And who is responsible for this? The Prime Minister of Canada and his fake promises.

The doctors of Trudeau land have also accepted the Achilles heel now. They are straight away saying ‘No’ to the cancer patients saying that their cancer is inoperable.

Kylee Carnegie-Middlebrook, 30, has been fighting cancer that has persisted inside of her for the past four years in every way possible.

However, she said that in February, medical professionals urged her to start palliative therapies after stating that the sickness had progressed uncontrollably.

“It was like total devastation,” Carnegie-Middlebrook, a resident of Harrow, Ontario, told CBC News.

“I felt like I had spent so much time telling myself that I never wanted to get to that point, and I heard the words and my whole world just fell apart.”

Carnegie-Middlebrook was diagnosed with appendix cancer in 2018, shortly after getting married. She claimed that the Canadian specialists who treat this particular form of cancer have refused to perform the surgery she believes she needs to survive.

Two years after being diagnosed with this uncommon kind of cancer, Carnegie-Middlebrook had already had cytoreductive surgery (CRS) with heated intraperitoneal chemotherapy (HIPEC) at Toronto’s Mount Sinai Hospital. Cancer had spread throughout her abdomen and her appendix had been removed.

Read More: Emergency rooms are collapsing like a house of cards in Canada, and it’s all Trudeau’s fault!

According to Carnegie-Middlebrook, Canadian medical professionals have informed her that the CRS with HIPEC operation would not be done again because her cancer is currently incurable. However, Carnegie-Middlebrook will spend $100,000 CAN on the procedure at Allegheny Health Network in Pittsburgh, Pennsylvania, next month.

“It’s tough thinking you’ll go into an enormous amount of debt to save your life.”

Not to mention, this is not the first case. According to CBC News, they have heard from many such patients who were denied the CRS with HIPEC surgery in Canada but were able to get it in the United States.

Two and a half years after this surgery, a patient said they have “no evidence of progressive disease.”

It’s so disgraceful of the Trudeau land to depend upon another country to provide surgeries to its own countrymen. Doctors in the US are claiming to see a number of Canadian patients in need of surgery for appendix cancer.

“We have seen a number of patients from Canada and it’s always the same reasoning, which is just that they have not been offered the operation in Canada,” said Bartlett.

He added that sometimes, patients also don’t want to wait for a scheduled surgery in Canada and find they can get an earlier date in the U.S.

However, this is leading to a much more grave concern for the patients. They are going out of their pockets. The Canadians getting surgeries done in the U.S are finding themselves in a pool of debt. As they are paying hefty amounts of Canadian dollars in the U.S to get the treatment done.

It’s becoming tough for Canadians to think of getting into enormous amounts of debt to save their lives. But, where is the Prime Minister?

We already reported how women of the country are struggling to get their breast biopsies done. Women suffering from breast cancer aren’t able to get biopsies done on time. They are required to wait for 3-4 months to get a biopsy done to determine whether they have breast cancer or not.

Even, half of the children who require surgery are subjected to waiting times that considerably exceed professional recommendations for treatment. According to experts, this condition could have catastrophic, long-lasting effects on the development of young patients.

Shamelessly, Trudeau can’t see any of these issues and is busy pushing his woke and climate agenda above every other thing.