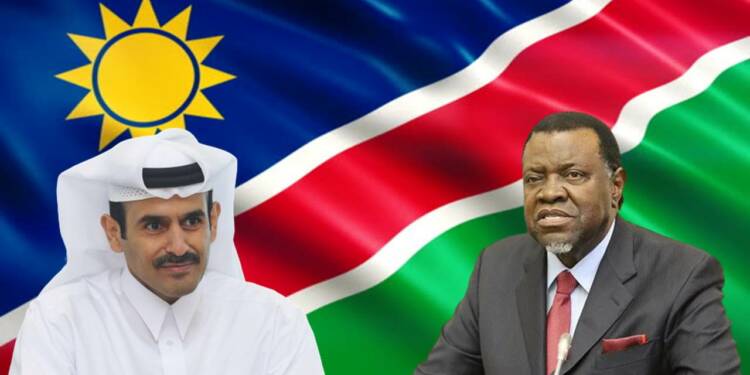 Africa has become a continent that is most sought after when it comes to its resources. This once ignored continent is now gathering a lot of attention, not only of the west but now also of those in Middle East.

Qatar Energy’s head who is also the energy minister of Qatar said the company wants to accelerate the development of two oil wells which were discovered off the coast of Namibia with the joint venture partners. Saad al-Kaabi stated drilling work is expected next year to get better knowledge of the capacity. The discovery can make Namibia an oil producer on the African Atlantic coast. As per Namibia’s mines and energy minister, the discoveries could be in billions of barrels.

Tom Alweendo, the energy minister of Namibia, said during an oil conference in Dakar that the joint venture could begin production in four years.

Qatar is one of the richest countries in the world; it has world-class infrastructure, advanced technology, fast growing economy, industries, tourism sector etc. Qatar has one of the highest per capita incomes in the world, people from countries like India and Pakistan go there for work. The country is a hub of opportunities and growth. But there are some problems with Qatar.

Also Read: Australia begins drilling in the US sanctioned Zimbabwe, and that’s one hell of a move

It is a well-known fact that Qatar supports terrorism. The nation is involved in financing terrorist groups like Hamas, Muslim Brotherhood, Al Qaeda etc. The government spends a certain part of its revenue on terrorism. Qatar is infamous for creating trouble in the Middle Eastern region, it has terrorism as its state policy. Its state television network Al Jazeera glorifies radical Islamist groups and promotes Jihadist propaganda. Just as Pakistan finances terrorist attacks against India so that it is not able to grow and develop its economy, Qatar too is involved in terror incidents in the Middle East. It has faced widespread condemnation for its active support to Islamist organisations.

In fact, in 2017, Saudi Arabia, UAE, Bahrain and Egypt cut all their ties with Qatar. These nations imposed an embargo on Qatar due to which its border was closed, ships owned by it or having its flag were not allowed to dock in ports and Qatari aircrafts were banned from airspace in the region. The primary reasons for the ban on Qatar, was its support to terrorism. The then US president Donald Trump too condemned Qatar for financing terrorism.

Now, Africa needs to stay away from Qatar. The country is going to come to Africa and manipulate it in many ways. First, Qatar will try to justify its presence in Africa by claiming that it is not a coloniser like the US and EU. It will tell Africa that it does not practice the colonial practice of divide and rule and is not trying to gain control of its rich resources like the West. Second, Qatar will tell Namibia that unlike China it is not involved in debt trap diplomacy, therefore it is not going to give loans which African countries are not able to repay. Third, Qatar will stress that having a partnership with it will not create hostility or tensions with the West as it is not Russia or with Russia as it is not the West. Fourth, it will show its wealth, technology, resources and infrastructure to tempt Namibia and other African states.

Qatar can easily create problems for countries in Africa. It has huge wealth and resources to start trouble in any nation in Africa. Since Qatar can easily buy or sell any leader in any African nation, it can pay a huge amount of money to any corrupt and authoritarian leader in an African country who will, in exchange, further Qatar’s agenda.

If Qatar is not able to buy any leader, then it can easily create terrorist organization. As terrorism and conflicts are so prevalent in African nations, it won’t take Qatar much time in spending huge amount of money in creating terror groups in resource-rich regions of Africa which have gold, diamond, oil, gas, platinum etc. Through these terror groups, Qatar will try getting its hands on Africa’s resources. Same as what America is doing in DRC, with respect to M23 Rebels and their involvement in smuggling of resources.

Qatar can also cause political instability in Africa by creating sectarian and violence among ethnic groups. It can pay any ethnic group money in exchange for slaughtering members of another community. With the help of the political and security crisis in the wake of ethnic clash and violence, Qatar will take advantage of the helplessness of the governments in African nations and establish its control on their rich resources.

Qatar is a dangerous nation and doing business with it is not in the best interest of Namibia. Qatar is the sort of country which represents the worst of China, the worst of the Middle East and the worst of the West. Creating partnership with Qatar will threaten the political and economic stability of Namibia.