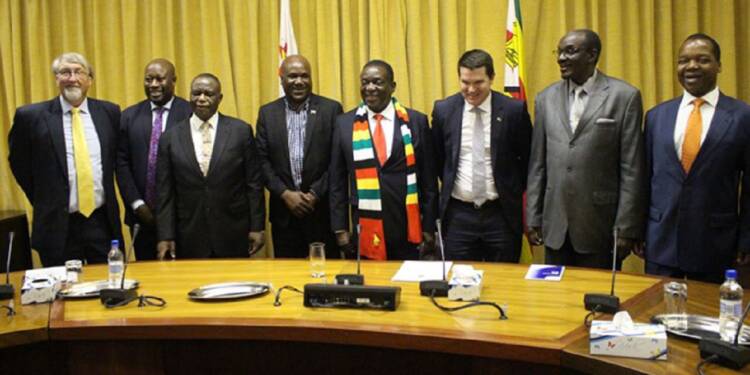 Australia Zimbabwe ties: It seems that EU or the US allies are fast losing their influence in geopolitics. The new geopolitical realities are most certainly not in favour of the Western capitalists sitting in Washington and Brussels.

After its sanctions against Russia hardly worked, let alone yielding the desired results, it backfired so bad throwing the rich and prosperous Europe into an unprecedented energy crisis. Ever since then, European leaders are scouring the world to secure alternative energy sources.

Now Australia is deepening ties with Africa, Zimbabwe to be specific, despite US sanctions on the African nation for more than 2 decades now. Who would have thought that Zimbabwe will find a breather for its economy in Australia?

According to reports, Australian firm Invictus Energy Ltd (IVZ.AX) has started drilling one of two exploration wells for oil and gas in the northern part of Zimbabwe, the company said on Monday. With this Zimbabwe is anticipating the drilling of its first oil and gas well in the north of the country, close to the border with Mozambique, will bring in the much required relief from the unnecessary sanctions that are imposed upon it by the West.

Invictus said in a statement that the drilling of the first well, Mukuyu-1 has begun and will last between 50 and 60 days. The company further said, Mukuyu will cost $16 million and is one of the largest oil and gas exploration prospects to be drilled globally in 2022, estimated at 20 trillion cubic feet and 845 million barrels of conventional gas condensate, or about 4.3 billion barrels of oil equivalent.

The new oil and gas well will be 3.5km deep to be drilled by the Australian firm Invictus Energy in partnership with the government of Zimbabwe. The company said that Mukuyu-1 will be followed by the 1.5 km deep well, Baobab-1, which will be completed in 30-40 days.

A win-win for both Australia and Zimbabwe

Australia is not a part of the NATO or the European Union.  In a situation where even the US after promising all assistance to Europe, left it to fend for itself in the aftermath of the Russia-Ukraine war and consequent energy crisis in Europe, it has been abundantly established that every country is looking for fulfilling its own national interest. Australia not being a member of the either abovementioned makes it free from all kind of obligations these so called brotherhoods impose upon its members when it comes to blindly imposing sanctions etc. The short-sightedness is proving fatal for the EU, USA and their blind followers around the world, especially the ones in Europe.

Europe after mindlessly imposing sanctions on Russia, has been struggling to cope with an unprecedented energy crisis. It depended on Russia’s natural gas for years to run factories, generate electricity and heat homes. However, after Russia chocked off the supplies, Europe has been forced into a desperate scramble for new supplies and alternative sources, as high energy prices are already threatening to cause a recession.

Now Europe has started to almost beg its way into Africa to exploit its vast reserves of untapped natural resources. Too bad for Europe, that this time it can’t dictate its terms to Africa, like it has been doing till now, as beggars cannot be choosers.

To save itself from the disaster that waits, it has been looking for new energy sources. So at a time, when Europe or even the US can explore new ways of safeguarding national interest faced with the challenge of Russia-Ukraine war, why should Australia stay behind?

Australia is acting in its own national interest and beginning drilling in US sanctioned Zimbabwe is a bold move. Zimbabwe is a resource rich country with mines of gold, diamond, platinum, palladium and many other minerals. Mineral exports account for about 16% of Harare’s GDP. However, two-decade-old US sanctions have devastated Zimbabwe’s economy and its people are suffering.

Read More: Here’s why USA’s “Operation Zimbabwe” against Russia is a dead duck from the start

Finally Zimbabwe sees a glimmer of hope by deepening ties with Australia.

Now the time has come, when like many other African nations, Zimbabwe too hopes to join the league of oil producing economies. If all goes well, this will be a significant economic breakthrough for the country that could potentially change its fortunes forever. The project could improve Zimbabwe’s power supplies and economy and it has been hailed as a ‘game-changer’. Zimbabwe’s President, Emmerson Mnangagwa has expressed his excitement for the potential oil and gas discovery and maintained that it presents “huge, unique and competitive investment opportunities”.